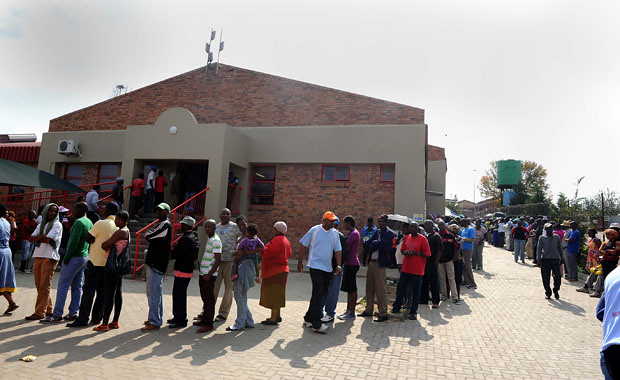 No, America, you don't have to vote.

In fact, vote or don't vote, the police state will continue to trample us underfoot.

Devil or deliverer, the candidate who wins the White House has already made a Faustian bargain to keep the police state in power. It's no longer a question of which party will usher in totalitarianism but when the final hammer will fall.

Sure we're being given choices, but the differences between the candidates are purely cosmetic ones, lacking any real nutritional value for the nation. We're being served a poisoned feast whose aftereffects will leave us in turmoil for years to come.

Remember Barack Obama, the young candidate who campaigned on a message of hope, change and transparency, and promised an end to war and surveillance?

Look how well that turned out.

Under Obama, government whistleblowers are routinely prosecuted, U.S. arms sales have skyrocketed, police militarization has accelerated, and surveillance has become widespread. The U.S. government is literally arming the world, while bombing the heck out of the planet. And while they're at it, the government is bringing the wars abroad home, transforming American communities into shell-shocked battlefields where the Constitution provides little in the way of protection.

Yes, we're worse off now than we were eight years ago.

What we're not getting more of: elected officials who actually represent us.

The American people are being guilted, bullied, pressured, cajoled, intimidated, terrorized and browbeaten into voting. We're constantly told to vote because it's your so-called civic duty, because you have no right to complain about the government unless you vote, because every vote counts, because we must present a unified front, because the future of the nation depends on it, because God compels us to do so, because by not voting you are in fact voting, because the "other" candidate must be defeated at all costs, or because the future of the Supreme Court rests in the balance.

Nothing in the Constitution requires that you vote.

You are under no moral obligation to vote for the lesser of two evils. Indeed, voting for a lesser evil is still voting for evil.

Whether or not you cast your vote in this year's presidential election, you have every right to kvetch, complain and criticize the government when it falls short of your expectations. After all, you are overtaxed so the government can continue to operate corruptly.

Related Topic(s): Democracy; Election; Militarization; Oligarchy; Politics; Revolution; Surveillance; Voting, Add Tags
Add to My Group(s)
Go To Commenting
The views expressed herein are the sole responsibility of the author and do not necessarily reflect those of this website or its editors.