Eds. Note: With the tragic passing of feminist and progressive icon Ruth Bader Ginsburg, we highlight here a May 2018 conversation between Robert Scheer and the filmmakers of the excellent documentary on her life, "RBG." 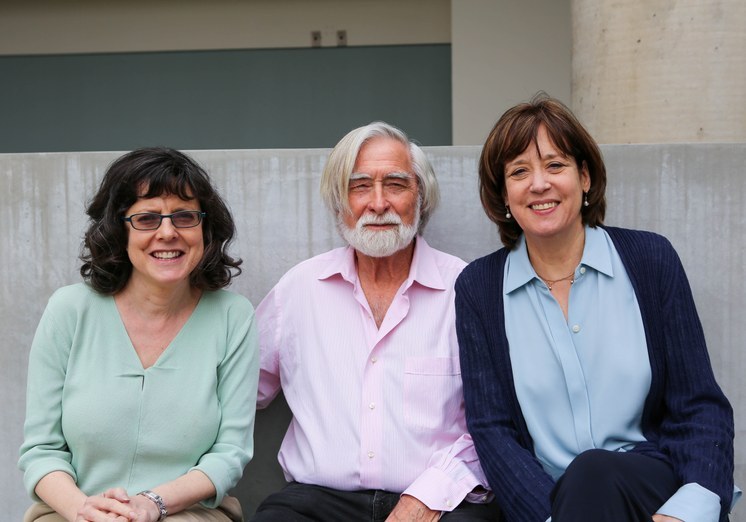 
The documentary filmmakers discuss their film "RBG" on the life and career of Supreme Court Justice Ruth Bader Ginsburg. While Justice Ginsburg did not grant access to filmmakers Betsy West and Julie Cohen right away, eventually she allowed them an intimate look at her life and her career-long fight for equal rights. West and Cohen tell host Robert Scheer that Ginsburg has embraced her recent emergence as a pop culture icon because she believes it is an opportunity to reach a younger generation. They discuss Justice Ginsburg's steely discipline and dedication to her work through her husband's illness and death and even during her own battle with cancer. And the filmmakers tell Scheer that Ginsburg's earlier legal career with ACLU involved a gradual but shrewd strategy to obtain equal rights for women under the law.

Robert Scheer: Hi, this is Robert Scheer with another edition of Scheer Intelligence, where the intelligence comes from my guests. In this case, it's -- ha, I didn't pick the title, they gave it to me. [Laughter] Betsy West -- it's an embarrassment. And Julie Cohen. And you probably know by now, they've made this incredible movie called RBG. It's opening in May, going wide all over the country, it's gotten rave reviews ever since Sundance. I've watched it several times, and I love it. And I want to stress, one reason I really love it, aside from, yes, it's the great story of a fabulously committed and idealistic woman, and the times she grew up in, and her tremendous impact on the law. But what I love about it is it's celebrating, not an older person for what they did in the past, but it's actually getting us to know an 85-year-old woman who every -- some people even said, well, why didn't she, you know, step down, and Obama could have picked someone else. When you watch this movie, you'll know why she shouldn't have stepped down. She is, you know, as good as anyone ever gets. So why don't we begin with that, and let's just start with the fact that she's 85.