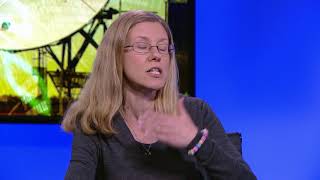 Two-time Oscar nominee Keira Knightley is known for being in "period pieces" such as "Pride and Prejudice," so her playing the lead in the new film "Official Secrets," scheduled to be released in the U.S. on Friday, may seem odd at first. That is until one considers that the time span being depicted the early 2003 run-up to the invasion of Iraq is one of the most dramatic and consequential periods of modern human history.

It is also one of the most poorly understood, in part because the story of Katharine Gun, played by Knightley, is so little known. Having followed this story from the start, I find this film to be, by Hollywood standards, a remarkably accurate account of what has happened to date -- "to date" because the wider story still isn't over.

Katharine Gun worked as an analyst for Government Communications Headquarters (GCHQ), the British equivalent of the secretive U.S. National Security Agency. She tried to stop the impending invasion of Iraq in early 2003 by exposing the deceit of George W. Bush and Tony Blair in their claims about that country. For doing that she was prosecuted under the Official Secrets Act a juiced up version of the U.S. Espionage Act, which in recent years has been used repeatedly by the Obama administration against whistleblowers and now by the Trump administration against WikiLeaks publisher Julian Assange.

Gun was charged for exposing-- around the time of Colin Powell's infamous testimony to the UN about Iraq's alleged WMDs -- a top secret U.S. government memo showing it was mounting an illegal spying "surge" against other U.N. Security Council delegations in an effort to manipulate them into voting for an Iraq invasion resolution. The U.S. and Britain had successfully forced through a trumped up resolution, 1441 in November 2002. In early 2003, they were poised to threaten, bribe or blackmail their way to get formal United Nations authorization for the invasion. [See recent interview with Gun.]

The leaked memo, published by the British Observer, was big news in parts of the world, especially the targeted countries on the Security Council, and helped prevent Bush and Blair from getting the second UN Security Council resolution they said they wanted. Veto powers Russia, China and France were opposed as well as U.S. ally Germany.

Washington invaded anyway of course without Security Council authorization by telling the UN weapons inspectors to leave Iraq and issuing a unilateral demand that Saddam Hussein leave Iraq in 48 hours and then saying the invasion would commence regardless.

It was the executive director of the Institute for Public Accuracy, where I work (accuracy.org), Norman Solomon, as well as Pentagon Papers whistleblower Daniel Ellsberg who in the U.S. most immediately saw the importance of what Gun had done. Ellsberg would later comment: "No one else including myself has ever done what Katharine Gun did: Tell secret truths at personal risk, before an imminent war, in time, possibly, to avert it. Hers was the most important and courageous leak I've ever seen, more timely and potentially more effective than the Pentagon Papers."

Of course, no one knew her name at the time. After the Observer broke the story on March 1, 2003, accuracy.org put out a series of news releases on it and organized a sadly, sparsely attended news conference with Ellsberg on March 11, 2003 at the National Press Club, focusing on Gun's revelations. Ellsberg called for more such truth-telling to stop the impending invasion, just nine days away.

Though I've followed this case for years, I didn't realize until recently that accuray.org's work helped compel Gun to expose the document. At a recent D.C. showing of "Official Secrets" that Gun attended, she revealed that she had read a book co-authored by Solomon, published in January 2003 that included material from accuracy.org as well as the media watch group FAIR debunking many of the falsehoods for war.

Gun said: "I went to the local bookshop, and I went into the political section. I found two books, which had apparently been rushed into publication, one was by Norman Solomon and Reese Erlich, and it was called Target Iraq. And the other one was by Milan Rai. It was called War Plan Iraq. And I bought both of them. And I read them cover to cover that weekend, and it basically convinced me that there was no real evidence for this war. So I think from that point onward, I was very critical and scrutinizing everything that was being said in the media."

Thus, we see Gun in "Official Secrets" shouting at the TV to Tony Blair that he's not entitled to make up facts. The film may be jarring to some consumers of major media who might think that Donald Trump invented lying in 2017.

Gun's immediate action after reading critiques of U.S. policy and media coverage makes a strong case for trying to reach government workers by handing out fliers and books and putting up billboards outside government offices to encourage them to be more critically minded.

Solomon and Ellsberg had debunked Bush administration propaganda in real time. But Gun's revelation showed that the U.S. and British governments were not only lying to invade Iraq, they were violating international law to blackmail whole nations to get in line.

Related Topic(s): Fair; Invasion; Iraq; Katharine Gun; Media; Whistleblower; “official Secrets” Film, Add Tags
Add to My Group(s)
Go To Commenting
The views expressed herein are the sole responsibility of the author and do not necessarily reflect those of this website or its editors.