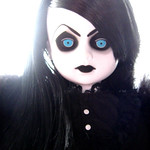 Sandy Schenkat of Scottsdale also paid a steep price after she became entangled in city court. The trouble began as a dispute with her homeowners association (HOA). It ended after HOA board members had her arrested and eventually convicted of a criminal misdemeanor in city court.

Schenkat said she was forced to sell her condominium at a $65,000 loss once it became clear that she would face the constant threat of civil sanctions from the HOA board and criminal charges from the city if she remained in the complex.

Schenkat bought the condominium near Mountain View and Via Linda roads in 2009, and shortly thereafter became active in an effort to recall members of the HOA board. The bitter recall effort was successful, and in 2011 Schenkat became a member of the board.

There were the usual squabbles between board members. They reached a peak when four of the seven board members authorized hiring a lawyer to sue homeowners in the complex for blog posts critical of the association, according to documents related to her court case.

Schenkat objected, claiming the payment, made against the advice of the HOA lawyer, amounted to a misappropriation of funds, she said. She demanded an investigation.

Two HOA board members who backed the lawsuit-the secretary and the treasurer-went to Scottsdale city court and obtained injunctions against harassment, prohibiting Schenkat from having any contact with them and restricting her presence in the condominium complex.

The injunctions would become valid only when the orders were delivered to Schenkat by a process server. Schenkat said she was served with one of the orders, the one obtained by the board treasurer, but not the second one from the secretary.

She challenged the single injunction she did receive, successfully making her argument in city court. The judge dismissed the injunction in February 2012.

About a week later, Schenkat was swimming in the community pool with friends when she was approached by a police officer. The board secretary, whose injunction Schenkat said she never received, had called police and reported Schenkat was in violation of the court order.

Schenkat was arrested and jailed for 19 hours. She also was charged with violating the injunction, a criminal misdemeanor.

For the next several months, Schenkat tried unsuccessfully to have the charge dismissed, arguing she had never been served with the second injunction. If she had been, she would have challenged it when she had the other one dismissed.

Schenkat's lawyers also noted the process server's affidavit of service, which should have been filed with the court within a week, was not filed for more than a month. It was only delivered to the court the day after Schenkat successfully had the first injunction dismissed.

When Schenkat's case went to Scottsdale city court in August 2012, the judge said it didn't matter whether the process server's affidavit was filed by the legal deadline. All that mattered was that the process server said Schenkat was served.

Related Topic(s): Activist; Fear; Innocent; Investigation; Judges; Litigation; Police; Whistleblower; Whistleblowers-ing, Add Tags
Add to My Group(s)
Go To Commenting
The views expressed herein are the sole responsibility of the author and do not necessarily reflect those of this website or its editors.