YOU HAVE NO CHOICE: THE FORCED STERILIZATION OF ROMANI WOMEN 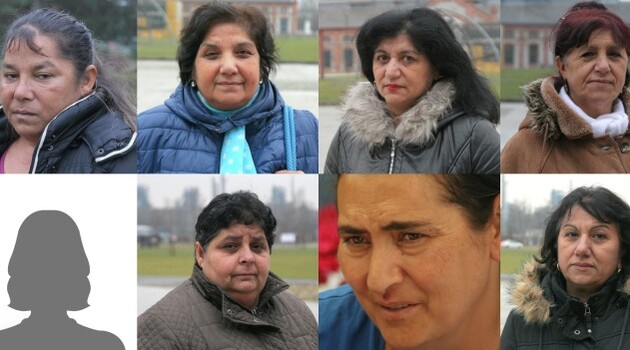 The recent death of a Romani man while in Czech police custody has spotlighted the ongoing persecution of Roma people across Europe. Stanislav Tomas died while officers restrained him with a knee across his neck, sparking outrage, protests, and comparisons to George Floyd's murder at the hands of police. The disturbing event was captured on video and shared widely on social media. The Czech Prime Minister thanked police for their work. "They didn't have it easy," he said, exonerating the officers.

The Romani have suffered violence and discrimination for centuries, but perhaps nothing speaks louder and more shamefully than the official governmental policies of coerced sterilization of Romani women, particularly in the former Czechoslovakia and continuing in the post-Communist Czech Republic and Slovakia.

Imagine being from an ethnic group so persecuted that a nation-wide system of coerced sterilization becomes the official response to you and your ethnic community. Doctors who have never known you personally, who have trained and taken an oath to save lives, instead compel you to undergo a procedure to remove your reproductive organs because they cannot bear the thought of one of your children entering their world. This is not another eugenic nightmare from Hitler's Germany, but a reality, with the last known case occurring in 2007.

Originating in the Punjab region of northern India, the Romani (or Roma) are a nomadic people who carried their language, beliefs, and culture into new lands. Wherever they migrated, persecution and scorn followed. In Germany, they were known as Ziguener. Throughout Eastern Europe and the Balkan states they were known as cigany. Both of these words are based on the Greek word for "untouchable." In English speaking lands they are commonly referred to as "gypsies" due to the mistaken belief they originated in Egypt.

Seen as undesirables, foreign invaders, and thieves, 17th century Bohemian rulers ordered the murder and hanging of any Romani found in the country. In Romania, the Romani were slaves until 1880. For a short time, they were elevated to the demeaning status of foreign entertainment, then discarded. Wide-spread persecution followed them into the modern day.

Between 1971 and 1991, the official governmental practice of Czechoslovakia was the "reduction of the Roma population" through forced or coercive surgical sterilizations on unknowing women. Recently, a Czech official stated that approximately 90,000 Romani women were coercively or unknowingly sterilized by threat, duplicity, or financial payments. In an extensive report by the European Roma Rights Center (ERRC), victims of these abuses recently spoke about their experience, some of whom were minors when the sterilizations occurred.

The ERRC is an international organization utilizing litigation, advocacy, and policy development to combat the persecution of Roma people. Their website lists dozens of court cases filed across Europe alleging persecution, discrimination, and various human rights abuses of the Roma. The Czech Republic and Slovakia are apparently not the only guilty countries. Hungary, Poland, Macedonia, Italy, Ireland, Montenegro, and France are among the other countries noted.

But it is the coerced sterilization of Romani women that seems particularly abhorrent, essentially telling them their bloodline is too pernicious to continue, that they must be sterilized for the sake of society. These women are left disgraced, dishonored, and dehumanized. Now, they wish to be heard.

A Romani woman named Petra tells her story: "I found an object in my belly. I went to see the doctor. For six months he was telling me that I have a tumor on my ovary. I didn't eat, I didn't sleep, I only cried, I was so scared of dying [...] of leaving five little kids alone, the youngest was two years old in 1986. I kept crying that he will remain without mother. Then they finally decided to conduct a surgery. Fortunately, it was not cancer, only gall stones. It would, however, never have occurred to me that they also sterilized me. We did not even discuss it [...] the doctor said nothing about it.

Brad Wolf is a former lawyer, teacher, and community college dean. He has an MFA in Creative Writing and is co-founder of Peace Action Network of Lancaster. He is active with World Beyond War, The Beatitudes Center for Nonviolence, and The (more...)

Crossing The Border Into Ukraine

You Have No Choice: The Forced Sterilization of Romani Women