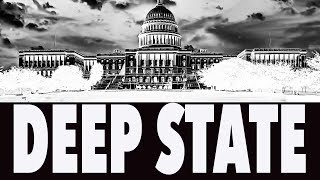 Is the Deep State real and is it coming for Trump?
(Image by YouTube, Channel: The Young Turks)   Details   DMCA

A year ago yesterday, it became fully clear what was behind the feverish attempt by our intelligence agencies and their mainstream media accomplices to emasculate President Donald Trump with the Russia-gate trope.

It turned out that the objective was not only to delegitimize Trump and make it impossible for him to move toward a more decent relationship with Russia.

On December 12, 2017, it became manifestly clear that it was not only the usual suspects -- the Military-Industrial-Congressional-Intelligence-Media-Academia-Think-Tank Complex, namely, the Boeings, Lockheeds, and Raytheons profiteering on high tension with Russia; not only greedy members of Congress upon whom defense contractors lavish some of their profits; not only the TV corporations controlled by those same contractors; and not only the Democrats desperately searching for a way to explain how Hillary Clinton could have lost to the buffoon we now have in the White House.

No, it was deeper than that. It turns out a huge part of the motivation behind Russia-gate was to hide how the Department of Justice, FBI, and CIA (affectionately known as the Deep State) -- with their co-opted "assets" in the media -- interfered in the 2016 election in a gross attempt to make sure Trump did not win.

This would become crystal clear, even to cub reporters, when the text exchanges between senior FBI officials Peter Strzok and girlfriend Lisa Page were released exactly a year ago. Typically, readers of The New York Times the following day would altogether miss the importance of the text-exchanges.

Readers of Robert Parry's article on December 13, 2017, "The Foundering Russia-gate 'Scandal'," would be gently led to understand the importance of this critical extra dimension explaining the media-cum-anonymous-intelligence-sources frenzied effort to push the prevailing Russia-gate narrative, and -- and how captivated and unprofessional the mainstream media had become. 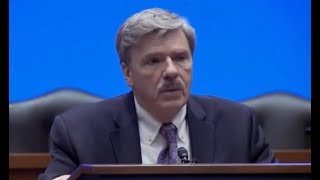 Bob Parry did not call me frequently to compare notes, but he did call on Dec. 12, 2017 for a sanity check on the release of the Strzok-Page texts. We agreed on their significance, and I was tempted to volunteer a draft to appear the next day. But it was clear that Bob wanted to take the lead, and it would turn out to be his last substantive piece. He had already laid the groundwork with three articles earlier that month. (All three are worth reading again. Here are the links.

Here's how Bob began his article on the Strzok-Page bombshell. (Not a fragment of it seemed to impact mainstream media.):

"The disclosure of fiercely anti-Trump text messages between two romantically involved senior FBI officials who played key roles in the early Russia-gate inquiry has turned the supposed Russian-election-meddling "scandal" into its own scandal, by providing evidence that some government investigators saw it as their duty to block or destroy Donald Trump's presidency.

"As much as the U.S. mainstream media has mocked the idea that an American 'deep state' exists and that it has maneuvered to remove Trump from office, the text messages between senior FBI counterintelligence official Peter Strzok and senior FBI lawyer Lisa Page reveal how two high-ranking members of the government's intelligence/legal bureaucracy saw their role as protecting the United States from an election that might elevate to the presidency someone as unfit as Trump."

Fast forwarding just two weeks, Bob had a stroke on Christmas Eve, which seriously affected his eyesight. By New Year's Eve 2017, though, he was able to "apologize" (typical Bob) to Consortium News readers for not filing for two weeks.

Ray McGovern works with Tell the Word, the publishing arm of the ecumenical Church of the Saviour in inner-city Washington. He was an Army infantry/intelligence officer and then a CIA analyst for 27 years, and is now on the Steering Group of Veteran Intelligence Professionals for Sanity (VIPS). His (more...)
Related Topic(s): Anti-trump; Deep State; Journalism; Media; Robert Parry; Russiagate, Add Tags
Add to My Group(s)
Go To Commenting
The views expressed herein are the sole responsibility of the author and do not necessarily reflect those of this website or its editors.