"At a time when bigotry threatens to overwhelm our discourse, we must amplify voices of basic human respect." 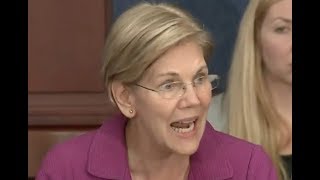 Editor's note: The following are the prepared remarks of Sen. Elizabeth Warren (D-Mass.) for a speech given at the National Congress of American Indians on Wednesday, February 14, 2018.

Thank you for having me here today.

I want to start by thanking Chairwoman Andrews-Maltais for that introduction. It has been an honor to work with, to learn from, and to represent the tribes in my home state of Massachusetts, the Wampanoag Tribe of Gay Head -- the Aquinnah -- and the Mashpee Wampanoag.

I also want to thank President Jefferson Keel, and everyone at the National Congress of American Indians. For over 70 years, you've championed the rights and dignity of First Americans and I am honored to be here with you today.

In the fairy tale, Pocahontas and John Smith meet and fall in love.

Except Smith was nearly 30, and Pocahontas was about 10 years old. Whatever happened between them, it was no love story.

In the fairy tale, Pocahontas saves John Smith from execution at the hands of her father.

Except that was probably made up too.

In the fable, her baptism as "Rebecca" and her marriage to a Jamestown settler are held up to show the moral righteousness of colonization.

In reality, the fable is used to bleach away the stain of genocide.

Related Topic(s): Democracy; Heroes; History; Pocahontas; Race Native American- First Nation, Add Tags
Add to My Group(s)
Go To Commenting
The views expressed herein are the sole responsibility of the author and do not necessarily reflect those of this website or its editors.