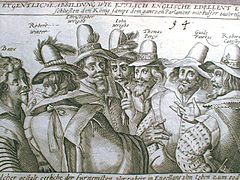 Since about the time that Donald Trump won the 2016 presidential election, the word "treason" has become one of the most over-used -- and more importantly MIS-used -- words in the English language.

Not just by his opponents, who broke out the t-word every time they tried to blame Hillary Clinton's loss on alleged collusion with THEM RUSSIANS!, but by Trump himself when, for example, an anonymous op-ed writer asserted that "adults in the room" were working to keep him from looking stupid.

Trump's leveling his latest (provisional -- "if the story ... is true") "treason" accusation against General Mark Milley, Chairman of the Joint Chiefs of Staff.

What did Milley do? If the reportage of Bob Woodward and Robert Costa is correct in their new book, Peril, he made two phone calls -- one right after the 2020 presidential election, one right after the January 6 Capitol riot -- to his Chinese counterpart, General Li Zuocheng, to reassure Li that the US wasn't about to launch a surprise attack on China.

I like words. Words are useful, because they mean things. When I say I want a banana, I'm asking for a piece of fruit rather than for, say, a Tesla Model 3 or tickets to the Allman Family Revival show in Sarasota. That's handy. It keeps me from ending up with too many Teslas and concert tickets.

When it comes to the word "treason," we have a clear and unambiguous definition, right there in Article III of the US Constitution:

"Treason against the United States, shall consist only in levying War against them, or in adhering to their Enemies, giving them Aid and Comfort."

Article I, Section 8 is also helpful here: It reserves the power to declare war exclusively to Congress. If Congress hasn't declared war, there's no "enemy" to give aid or comfort to, and any presidential order for a surprise attack on China would be illegal.

If Woodward and Costa's account is to be believed, all Milley did was tell a foreign general that the US armed forces could be trusted to follow US law.

That sounds like a good thing, especially when there's a loose cannon in the White House who isn't very attentive to laws limiting his authority (which is pretty much all the time).

It certainly doesn't sound like "treason," to anyone with a basic grasp of the English language and a commitment to honesty. Unfortunately, that seems to be a shrinking demographic.

Related Topic(s): General Mark Milley; Treason; Trump, Add Tags
Add to My Group(s)
Go To Commenting
The views expressed herein are the sole responsibility of the author and do not necessarily reflect those of this website or its editors.