The US, UK and Australia are taking on Facebook in a bid to undermine the only method that protects our personal information 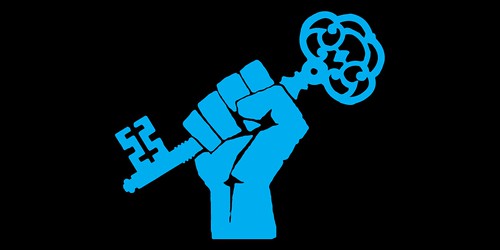 In every country of the world, the security of computers keeps the lights on, the shelves stocked, the dams closed, and transportation running. For more than half a decade, the vulnerability of our computers and computer networks has been ranked the number one risk in the US Intelligence Community's Worldwide Threat Assessment that's higher than terrorism, higher than war. Your bank balance, the local hospital's equipment, and the 2020 US presidential election, among many, many other things, all depend on computer safety.

And yet, in the midst of the greatest computer security crisis in history, the US government, along with the governments of the UK and Australia, is attempting to undermine the only method that currently exists for reliably protecting the world's information: encryption. Should they succeed in their quest to undermine encryption, our public infrastructure and private lives will be rendered permanently unsafe.

In the simplest terms, encryption is a method of protecting information, the primary way to keep digital communications safe. Every email you write, every keyword you type into a search box, every embarrassing thing you do online is transmitted across an increasingly hostile internet.

Earlier this month the US, alongside the UK and Australia, called on Facebook to create a "backdoor," or fatal flaw, into its encrypted messaging apps, which would allow anyone with the key to that backdoor unlimited access to private communications. So far, Facebook has resisted this.

Famed NSA leaker who fled the USA to Hong Kong, then Moscow
Related Topic(s): Computers; Encryption; Facebook; Google; Internet; Privacy; Security; Surveillance, Add Tags
Add to My Group(s)
Go To Commenting
The views expressed herein are the sole responsibility of the author and do not necessarily reflect those of this website or its editors.

Without encryption, we will lose all privacy. This is our new battleground

Inside The Assassination Complex

Statement from Edward Snowden in Moscow