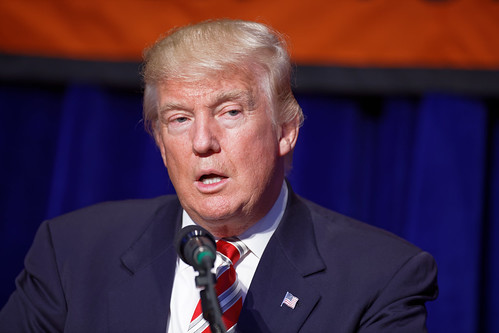 Yes. This is a presidential election between Joe Biden and Donald Trump.

Yes. This is an election about health care, education, the economy, climate change, criminal justice, and so many other important issues.

Today, virtually every national poll and most battleground state polls have Biden ahead. Yet, Trump continues to repeat a message he tweeted several weeks ago: "The only way they can take this election away from us is if this is a rigged election."

Think about what that means. What he is saying is that if he wins the election, that's great. But if he loses, it's rigged. And if it's rigged, then he is not leaving office. Heads I win. Tails you lose.

Never before in the history of this country have we failed to have a peaceful transition of power from one president to the next. And now, for the first time, we are facing an election where it is not clear that a sitting president will voluntarily leave office if he loses.

I am not in the habit of quoting former President Ronald Reagan, but I think something that he said in his first inaugural address makes the point about how important this part of our heritage is.

Here is what President Reagan said:

"To a few of us here today, this is a solemn and most momentous occasion; and yet, in the history of our nation, it is a commonplace occurrence. The orderly transfer of authority as called for in the Constitution routinely takes place as it has for almost two centuries and few of us stop to think how unique we really are. In the eyes of many in the world, this every-four-year ceremony we accept as normal is nothing less than a miracle."

Protecting this "orderly transfer of authority," as President Reagan characterized it, is absolutely essential if all of us Republicans, Democrats, Independents want to protect our democracy. And the truth is that Donald Trump poses the biggest threat to our democracy that we've ever seen from a sitting president.

Remember: Donald Trump is the president who made the preposterous statement after the 2016 election, which he won, that "millions of people voted illegally." That's when he won. What will he say in 2020 if he loses?

This is the president who was asked by Chris Wallace on Fox News whether he would accept the election results. Trump refused to give a straight answer, and said: "I have to see. No, I'm not going to just say yes. I'm not going to say no, and I didn't last time either."

This is the president who has talked about delaying the election.

This is the president who's now talking about a third term, in violation of the Constitution.

Related Topic(s): Trump; Trump Against Democracy; Trump Bully In Chief; Trump Campaign; Trump Illegality; Trump Presidency; Trump The Fascist; Voting, Add Tags
Add to My Group(s)
Go To Commenting
The views expressed herein are the sole responsibility of the author and do not necessarily reflect those of this website or its editors.