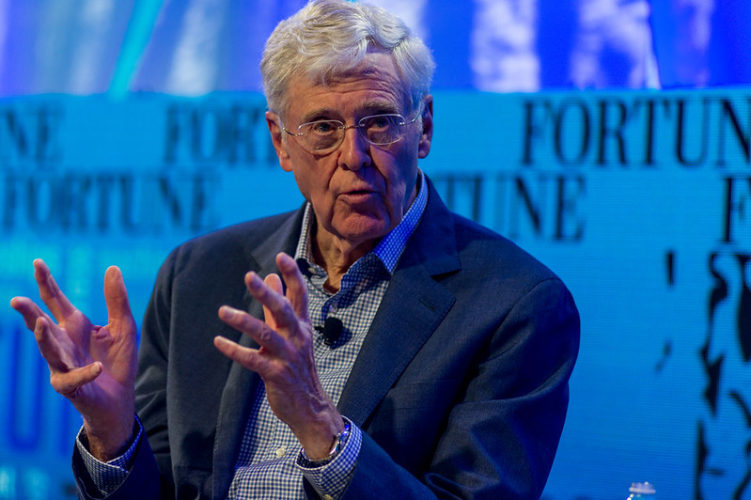 The current issue of The Atlantic magazine, founded itself in the years just before the Civil War, is ominously titled, "How to Stop a Civil War."

If we are, indeed, on the brink of a second Civil War, it's already being waged as a "cold war," with the occasional armed skirmish being provoked by the so-called alt-right movement. And, as in the past, this will be a war by the very, very rich against the rest of America.

This is not the first time we've faced such a crisis as a nation.

Each time, forces of massive accumulated or inherited wealth have nearly succeeded in taking full control of our nation, replacing a democracy, where the will of the people is accomplished through their elected representatives, with a form of government where most government functions reinforce the power, wealth and control of the morbidly rich.

For oligarchy to totally take down democracy, only three things are initially needed:

A fourth element, once the oligarchy is well established, is the formation of a police state, principally using selective prosecution against those agitating for a return to democracy.

Arnold Toynbee is said to have noted that "When the last man who remembers the horrors of the last great war dies, the next great war becomes inevitable." Most warriors are in their late teens or early 20s; by the time they've died, three more generations have come of age, suggesting, if Toynbee was right, a four-generation gap between "great wars."

In their book The Fourth Turning: What the Cycles of History Tell Us About America's Next Rendezvous With Destiny, William Strauss and Neil Howe apply the theory to the United States. The Revolutionary War began in 1775; 86 years later in 1861, the Civil War began; 78 years later in 1939, America was combating "the twin emergencies of the Great Depression and World War II," write Strauss and Howe, adding: "Sometime before the year 2025, America will pass through a great gate in history, commensurate with" these crises.

The three crises did not simply come out of nowhere; cycles of events had been building for the preceding generations to create the context for each.

In the 1770s, foreign-aligned oligarchs controlled what we now call America; believers in democracy fought a war to overthrow that British oligarchy.

Four generations later, in the 1850s, massive wealth was controlled by a few thousand very large plantation oligarchs in the South. The South was politically and police-wise run as a full-blown oligarchy, while the North was still largely democratic (the "Gilded Age" Northern oligarchs wouldn't fully emerge for another 30 years). The Civil War could thus be recast as a war between oligarchy and democracy, where democracy won by a whisker.

About four generations after that, in 1921, Warren Harding and his oligarch supporters took control of our federal government, leading to the "Roaring Twenties" (in which working people's wages stagnated, but people at the top made out like bandits), and the Great Crash of 1929. The Republican Great Depression (what they called it until the 1950s) opened the door to Franklin Roosevelt's "war" against the "economic royalists" (oligarchs), which succeeded in putting them, at least temporarily, in a box despite their explicit efforts, exposed by Marine General Smedley Butler, to overthrow him by force.

In 2019, it's been about four generations since that battle -- and the groundwork has been laid for another crisis.

Related Topic(s): America Freedom To Fascism; American Capitalism; Billionaires; Civil War; Oligarchy, Add Tags
Add to My Group(s)
Go To Commenting
The views expressed herein are the sole responsibility of the author and do not necessarily reflect those of this website or its editors.