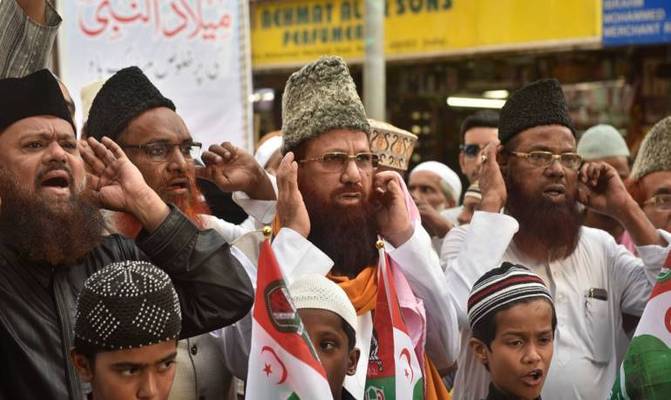 Why Muslims don't want to give up on the Ayodhya issue? Well, Hindu bodies also don't want to do so for obvious reasons but the fear of our large minority needs to be examined closely.

Most believe that the Supreme Court-mandated mediation process has little chance of succeeding. For one, eight weeks is too little a time for the mediating team to bring everyone on board, look at papers running into thousands, understand its nuances and then be business-like in their mediation with opposing parties. The pattern is: you call one party, then the other, and then bring both together for mediation. This joint session could take several meetings. Once you have understood opposing claims, you chart out a mediation course. (We are not even discussing if all the three mediators would be on the same page in terms of preferred course.) Also remember, the mediators would be looking for title-owners to give up their title claims! Thereafter, there is this matter of putting pen to paper before it goes to Supreme Court for its verdict. Simply, eight weeks are not enough.

(It is another matter though that some of our English mainstream media are huffing and puffing in their political anxiety on the eight-week stretch. The Indian Express in its editorial has worked out that eight weeks would be over right on the eve of General Elections 2019 in May. It says in rejection of eight-week span: "The outcome of the mediation is mostly likely to have a bearing on the campaign and voting behaviour. The Ram temple is high on the BJP's poll agenda... clearly the mediation process can not be seen in isolation." In other words, in case of any verdict, for or against, BJP would be in a win-win situation. If it loses, it would hold by the collar the forces who queered the pitch; if it wins, then of course it has claimed for its Hindu vote banks their biggest prize.)

But let's examine the Muslim question. The Muslim litigants have largely welcomed the mediation process, knowing fully well that the Hindu camp has already rejected it. Not only the Hindu bodies but even a few central ministers have shown an uncompromising attitude on Ram Janmabhoomi. They suspect that Hindus are being forced to compromise on their principal religious demand. Their suspicion is hardened for the case is hanging by fire for decades and not long ago the Supreme Court had said that Ayodhya litigation was not their priority.

But if push came to shove, Muslims would reject any mediation offer too. Iqbal Ansari, one of the plaintiffs, had said previously: The issue could not be resolved through dialogue. Main petitioner Haji Mehboob had opined: The disputed site should be left for a mosque and the temple should be built elsewhere." Muslim petitioners have no rush to appear acrimonious when Hindus are unlikely to fall into the mediation trap in the first place.

But to return to our original question: Why don't Muslims want to budge? After all, Babri Masjid was not in use for long; there is enough evidence that Masjids have been closed and shifted around the world. For instance, Australia closed six mosques last year; Saudi Arabia, the one of Shariat law, put the hammer on one of world's oldest mosques in Medina. Same was the case with Moscow Cathedral Mosque. So why not give up on Babri Masjid and earn the gratitude of majority Hindus? It would be the biggest healing touch it could offer to the Hindu majority who are painfully aware of Islamic invaders and the destruction and plunder they inflicted. It would also help Muslims to stop Congress party from exploiting their fears.

But nah, the leadership of Indian muslims won't take that course. And that's primarily because once their claim on Babri Masjid is shown as false, as evidenced in this piece, similar claims would be hoisted on Mathura and Kashi Vishwanath temples, central to Hindus' faith, where mosques were built on the original much-revered temples.

Giving up on Babri Masjid would set off an avalanche. The greatest intellectual in defence of Hindus and their legacy was Sita Ram Goel. His two volumes on destruction of Hindu temples is a seminal work that readers would do well to buy (Part 1 and Part 2). It lists over 2,000 temples that were destroyed; in most cases, mosques were constructed on original bases with broken idols of Hindu gods buried on the pathways so that it could come under Muslims' feet. So far, none of Marxist academicians have been able to offer ONE proof against Goel's work. None of the historians who have grabbed our attention, such as Irfan Habib and Romila Thapar, have risen in its opposition.

(Truth to tell, India's compromised academicians and historians did try to prove during Babri Masjid dispute that it wasn't built after destroying an existing Hindu temple. Only, for Archeological Survey of India to conduct an excavation and prove that the base of Babri Masjid indeed proved there existed a Hindu temple. The rebuke these academicians/historians got from the High Court is worth your attention here.)

Thus Indian Muslims have a great opportunity to win Hindus' gratitude. But surely it won't happen. Religion overrides every consideration in the eyes of an average Muslim. Who would be seen as approving the destruction of Babri Masjid???

Related Topic(s): Congress; Mosque; Muslim; Muslim Advocates; Voting, Add Tags
Add to My Group(s)
Go To Commenting
The views expressed herein are the sole responsibility of the author and do not necessarily reflect those of this website or its editors.