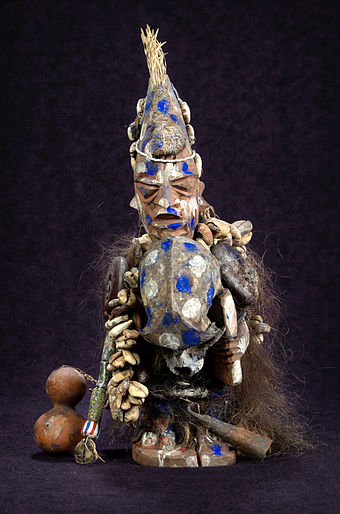 In 2016, I attended an information session about First Nations in Lax Kxeen (colonial designation Prince Rupert), [1] "BC." During a break, I conversed with some fellow attendees. They expressed skepticism to colonial provincial authorities being behind the intentional spreading of smallpox among First Nations people [2] and that a vaccine was withheld from infected Indigenous individuals. The attendees insisted that there was no vaccine at that time for smallpox.

It is also recorded that inoculation against smallpox was already being practiced in Sichuan province by Taoist alchemists in the 10th century CE. [3] The Chinese inoculators administered dead or attenuated smallpox collected from less virulent scabs, which were inserted into the nose on a plug of cotton. Inoculation may also have been practiced much earlier by the Chinese some sources cite dates as early as 200 BCE.

China obviously has a historical background in strengthening the immune response of people. Yet, in the western media, one seldom reads or hears about the Chinese COVID-19 vaccines. Neither were we well informed about the effectiveness of the Russian COVID-19 vaccine that was until recently, when some western nations have been coming up short on vaccine supplies.

The Canadian government has been scrambling to meet the demand for vaccines since Pfizer shipments were held up. The focus of western state and corporate media seemed clearly on procuring supplies of the Pfizer (US), Moderna (US), and AstraZeneca (UK-Sweden) vaccines. This is despite effective, but less heralded, Russian and Chinese vaccines being available and at a more affordable price.

South Korea's Arirang News reported Russian test results that "its second COVID-19 vaccine is 100% effective." CBC.ca found this success problematic; it depicted a political quandary in considering a Russian vaccine: "At first dismissed and ridiculed by Western countries, Russia's Sputnik V vaccine has not only been rehabilitated; it's emerging as a powerful tool of influence abroad for President Vladimir Putin." France 24 concurred, hailing it as "a scientific and political victory for Vladimir Putin's Russia."

Would Canada refuse to consider securing vaccines from Russia to safeguard the health of Canadians to avoid granting Putin, derided by Canadian magazine Macleans as a "new Stalin," a political victory? Why shouldn't Russia be lauded for coming up first with a working and effective vaccine? What does it matter if the leader of that country receives recognition? Shouldn't the national priority be obtaining the best vaccine to protect the health of citizens?

Medical data aside, western mass media has, apparently, been effective in stirring up a distrust of COVID-19 vaccines from China and Russia in comparison to western vaccines, as revealed in a YouGov poll of almost 19,000 people worldwide.

Hungary has been mildly criticized for going its own way in ordering the Russian vaccine. Hungary's foreign minister, Pe'ter Szijja'rtó, had no qualms and defended Budapest's decision to buy two million doses of Russia's Sputnik V vaccine.

The Czech Republic is also considering following Hungary in using Russian and Chinese vaccines that are still pending approval by the European Union.

What Americans need to understand about the race to find vaccines and treatments for Covid-19 is that in the U.S., " the production of pharmaceutical drugs is still a nearly riskless, subsidy-laden scam.

The World Health Organization (WHO) director-general Tedros Adhanom Ghebreyesus strongly criticized big pharma for profiteering and vaccine inequalities. Adhanom charged that younger, healthier adults in wealthy countries were being prioritized for vaccination against COVID-19 before older people or health care workers in poorer countries and that markets were sought to maximize profitability.

Kim Petersen likes scuba diving, Anton Berg marzipan, working out, and advancing the struggle for a world based on principles of peaceful, fair, and equitable sharing of wealth along with a respect for the environment and life. His (more...)

Related Topic(s): Vaccines, Add Tags
Add to My Group(s)
Go To Commenting
The views expressed herein are the sole responsibility of the author and do not necessarily reflect those of this website or its editors.

Why Are Effective and Inexpensive Chinese and Russian Vaccines Unavailable in Much of the West?