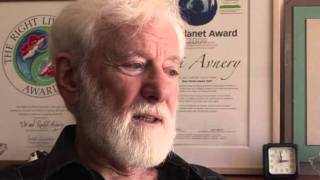 IN THE tumult of the last few days, on the occasion of the 50th anniversary of the "unification" of Jerusalem, one of the articles stated that "even peace-activist Uri Avnery" voted in the Knesset for the unification of the city.

That is true. I have tried to set out the circumstances in my autobiography, "Optimistic." But not everyone has read the book and it has so far appeared only in Hebrew.

Therefore I shall try to explain again that curious vote. Explain, not justify.

ON TUESDAY, June 27, 1967, two weeks after the 6-day war, I did not get up. I had the flu, and Rachel, my wife, had given me a lot of medicines. Suddenly they called me from the Knesset and told me that the chamber had just started a debate on the unification of Jerusalem, which had not appeared on the agenda.

I jumped out of bed and drove like hell from Tel Aviv to Jerusalem, some 65 kilometers. Upon arriving I was told that the list of speakers had already been closed. But the Speaker, Kadish Luz, famous for his fairness, added me to the list.

I had just a few minutes to think. My parliamentary assistant, Amnon Zichroni, advised me to vote against, or at least to abstain. There was no time to consult with the leading members of my party, "Haolam Hazeh -- New Force." I made the decision on the spot, and the decision was to vote in favor.

That was mainly an instinctive reaction. It came from the bottom of my soul. After the amazing triumph, which had come after three weeks of gathering anxiety, the huge victory in just six days looked like a miracle. The Jewish population, in all its parts, was in ecstasy. This mood crossed all dividing lines.

East Jerusalem was the center of the mass ecstasy. It was like a Tsunami. Masses flowed to the Western Wall, which had been unapproachable for 19 years. Both the pious and non-believers were intoxicated.

I felt that a political movement, which intends to win the masses for a new outlook, cannot in such a moment stand outside the people. Faced with such a storm, it cannot stay aloof.

I myself was not unaffected by the emotional storm. I loved Jerusalem. Before the partition of the country during the 1948 war, in which Jerusalem was divided, I had often wandered through the alleys of the Arab parts of the town. After that war, I longed for the Old City in an almost physical way. When the Knesset was in session, I often used to reside in the King David hotel that overlooks the Old City, and I remember many nights when I stood at the open window and listened to far-away dogs breaking the silence beyond the wall -- and longing.

But besides the emotion, there was also a logical consideration.

Already in 1949, on the morrow of the war during which Israel was founded, I started to campaign for the "Two State Solution" -- the setting up of an independent State of Palestine side by side with the State of Israel, as two equal states in the framework of a federation.

In 1957, after the Sinai War, I published -- together with Natan Yellin-Mor, the former leader of the Lehi underground (a.k.a. the Stern Group), the writer Boaz Evron and others -- a document called "the Hebrew Manifesto," of which I am proud even today. At the time, East Jerusalem and the West Bank were part of the kingdom of Jordan. Inter alia the document said:

Related Topic(s): Israel; Jerusalem; Palestinian, Add Tags
Add to My Group(s)
Go To Commenting
The views expressed herein are the sole responsibility of the author and do not necessarily reflect those of this website or its editors.