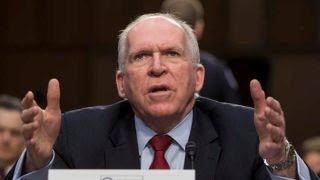 Once upon a time in the United States there was a general perception that organizations like the Federal Bureau of Investigation (FBI) and the Central Intelligence Agency (CIA) were both apolitical and high-minded, existing only to calmly and professionally promote the safety and security of the nation. Directors of both organizations often retired quietly without fanfare to compose their memoirs, but apart from that, they did not meddle in politics and maintained low profiles. There was a widespread belief at CIA that former officers should rightly retire to a log cabin in the Blue Ridge Mountains where they could breed Labrador retrievers or cultivate orchids.

But the relative respectability of America's national security agencies largely vanished in the aftermath of the 9/11 terrorist incidents. It was learned that both the CIA and FBI had made fatal mistakes in their investigations of the al-Qaeda group, putting in question their effectiveness, and the leaders of both organizations began to focus on pleasing their political masters. The appearance of CIA Director George Tenet at the United Nations supporting lies promoted by Secretary of State Colin Powell was a low point, but there were many more to follow.

The 2016 election brought out the worst in the CIA's leadership, with its Director John Brennan lining up behind Hillary Clinton together with former Acting Director Michael Morell and former Director Michael Hayden. Morell even claimed that Trump was a Russian agent. Indeed, there has been remarkably little speculation regarding the possible roles of some senior intelligence officials, most notably CIA Director John Brennan and Director of National Intelligence James Clapper, both of whom were in office during the electoral campaign. In September 2016, the two men reportedly were involved in obtaining information on Page and it has also been suggested that Brennan sought and obtained raw intelligence from British, Polish, Dutch and Estonian intelligence services, which might have motivated FBI's James Comey to investigate the Trump associates. Brennan and Clapper, drawing on intelligence resources and connections, might have helped the FBI build a fabricated case against Trump.

Currently the senior officials who were so hostile to Donald Trump have decided against going quietly into their generously rewarded retirements. Morell has long been a paid contributing "expert" for CBS news, Hayden has had the same role at CNN, and they are are now being joined by John Brennan at NBC. Brennan, an NBC "senior national security and intelligence analyst," is an Obama-Clinton loyalist who can be relied upon to oppose policies and actions undertaken by the Trump Administration, admittedly not a bad thing, but he will be doing so from a strictly partisan perspective. And the danger is that his tag as former DCI will give him certainly credibility, which, depending on the issue, might not be deserved or warranted. To be sure CIA interests will be protected, but they will be secondary to commentary from a partisan and revenge seeking John Brennan who is out to burnish his own sorry reputation. He looks perpetually angry when he is on television because he is.

Brennan has behaved predictably in his new role. In his first appearance on Meet the Press last Sunday he said that the Steele dossier did "not play any role whatsoever in the intelligence community assessment that was presented to President Obama..." which is a lie. He denounced the release of the so-called "Nunes memo" by the House Intelligence Committee because it was "exceptionally partisan," which is true, and because it exposes secrets, which it does not. Brennan is also a leader of the blame Russia movement. He has claimed without providing any evidence that Russia "brazenly interfered" in the 2016 election and he can be counted upon to be yet one more anti-Russian voice on the mainstream media.

Brennan, who was hated by much of the CIA's rank-and-file during his tenure as director, does not have much of a reputation for truth-telling. He lied about how the Agency under his leadership tried to spy on and disrupt the Senate's investigation into CIA torture. He was also the driving force behind the Obama administration "kill list" of U.S. citizens selected for assassination. Concerns that Brennan will represent the Agency's viewpoint on NBC News are largely irrelevant as the network should have instead considered his credibility and judgment before hiring him.

Related Topic(s): CIA; Cia Director John Brennan; Media-News, Add Tags
Add to My Group(s)
Go To Commenting
The views expressed herein are the sole responsibility of the author and do not necessarily reflect those of this website or its editors.