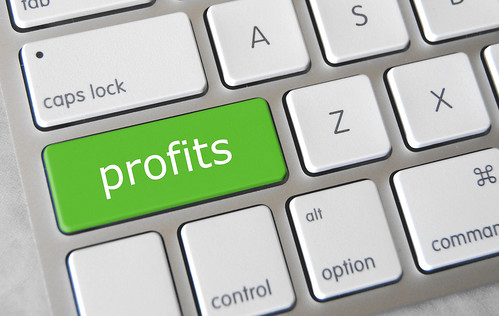 Profits Key
(Image by Got Credit)   Details   DMCA
Students are targeted and lied to by subprime colleges and they are often treated with indifference by public education.

In 2014, USC graduate student Contance Iloh and her advisor Dr. William Tierney examined the "rational choices" behind college choice. Their subjects were more than 130 students who had chosen either a community college or for-profit college for a vocational nursing or surgical technician associate's degree.

Rational choice, a common theory in main stream economics, refers to the theory that individuals make decisions to maximize their benefits and minimize their costs. By talking to focus groups, the researchers hoped to find out why students chose a $30,000 for-profit education lasting 13 months or a $5000 public program taking two years to finish. Both schools had graduation rates of about 30%.

In the Iloh and Tierney study, students who chose for-profit colleges said that community colleges presented too many barriers and that their schools offered more convenience and accessibility in scheduling and location. With accelerated schedules, for-profit students thought they could graduate earlier than if they attended a community college--which was important as they weighed important family obligations.

Some for-profit college students also believed their education was superior to a community college because it offered more "hands on" opportunities. The researchers did not dig deeper though, to investigate how the students came up with their ideas.

Although most of the students were probably women, and many were working-class people and people of color, the researchers did not discuss important race, class, and gender issues. The researchers also ignored examining cross-culturally: what other nations have done to make higher education more effective, socially just, and democratic, or even how various states in the United States have made college free or low cost to its citizens.

"Rational choice" in US education, however, must be examined in a society affected by deindustrialization and de-skilling of work, government austerity and the defunding of public education, neoliberalism, structural racism, increasing economic inequality and reduced intergenerational social mobility, social myths perpetuated by predatory marketing, and ultimately--difficult choices caused by "the injuries of class."

The truth is, millions of hard working low-wage workers (including single mothers, disabled military veterans, struggling immigrants, people with learning challenges or those who have had fewer educational opportunities) may be looking for the most obvious way to achieve the American Dream, whether it's from a message in their email inbox or a friendly voice at the other end of the telephone.

But that's the essence of the for-profit con--something that Iloh and Tierney downplay.

The researchers also fail to recognize that some for-profit students continue along the more financially expensive route, even after realizing they've made a bad choice, believing they have sunk too much into their investment to quit--and knowing that their credits won't transfer.

"Sunken Investment Theory and Time Discounting Theory may be useful in understanding the difficult personal choices that working class people face, but theories of justice must also be utilized."

Sadly, this study really shows the dysfunctional nature of US education in general. Whether a working class student chooses a for-profit college, community college, or public or private university, he or she is taking on significant risks of either not graduating, taking on enormous debt, subjecting family members to debt obligations, or being taken away from important family interests.

Dr. Tierney is not an objective researcher (no researcher is). He is a tenured professor at an elite university who believes for-profit colleges have a role in American neoliberal society. And he has colleagues who have profited from this line of thinking. Tierney believes for-profit schools have problems, but that they can be reformed. With the poor state of many subprime for-profit colleges and community colleges, it's difficult to imagine how educational reform is possible.

Dr. Tierney has had a professional relationship with Mark DeFusco, one of the minds behind large predatory for-profit colleges.

To make better informed choices, working-class people surely need to learn about the myths of college and the sales pitches that are used to hook unsuspecting prospects. But even that is not enough. Without social justice, fairness, and access in society, people will be compelled to pray and make the best of unjust and limited "rational" choices.

"If we expect to increase the rate of degree completion, we must invest in early childhood education and enhance the quality of pre-collegiate education, especially for students who are African American, Hispanic, and low income" --Diane Ravitch

Dahn Shaulis is an independent investigator exposing fraud and corruption in higher education.
Related Topic(s): Austerity; College Admissions; College Admissions; College Recruiting; Debt; Education; Family; Graduation, Add Tags
Add to My Group(s)
Go To Commenting
The views expressed herein are the sole responsibility of the author and do not necessarily reflect those of this website or its editors.

STAY IN THE KNOW
If you've enjoyed this, sign up for our daily or weekly newsletter to get lots of great progressive content.
Series: "College Meltdown"

"Creative Destruction" in Higher Ed Will Accelerate Under Trump and DeVos

When College Choice is a Fraud

Willl your state be hardest hit by the College Meltdown?