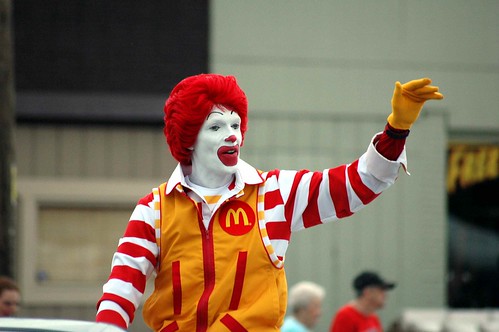 In 2014, the CIA-tied media outlet the Washington Post published an article titled "In the long run, wars make us safer and richer." Its author Ian Morris reasoned that wars have been necessary to carry out what it called the "civilizing process," wherein the European empires have grown through conquest and the United States has been created through the seizing of indigenous lands. Its argument was racist and biased in favor of Western capitalist interests, and this was the point. It acknowledged that the wars which brought the U.S. empire to power, and which the U.S. empire continues to wage, are good for "us"-the people in the imperial core who benefit from imperialist wars.

When it's apparent that this is the "us" which Morris referred to, it at least makes sense why he made this statement. For Western capitalists and the intelligentsia class that shares their interests, imperialist wars historically haven't negatively impacted the standard of living. As Fareed Zakaria, another member of the bourgeois punditocracy, wrote in his 2008 book The Post-American World: "In the two decades since the end of the Cold War, we have lived through a paradox, one we experience every morning when reading the newspapers. The world's politics seems deeply troubled, with daily reportings of bombings, terror plots, rogue states, and civil strife. And yet the global economy forges ahead, not without significant interruptions and crises, but still vigorously upward on the whole. The front page of the newspaper seems unconnected to the business section."

He was describing the normal state of globalized capitalism throughout the last century. Markets have routine ups and downs, wars and coups are carried out when the corporatocracy decides they're necessary, and those in the benefitting class grow richer. Crises are the norm under this model due to the inherent contradictions of capitalism, but the crises don't threaten the stability of the social order. Wars, both in terms of military conflicts and in terms of the class war, make the aristocracy richer and safer.

That is until the U.S. empire collapses, and capitalism is subsequently forced to eat itself. This is what's happening now with the various global crises created by Covid-19. And it's what the neoliberal war economy that figures like Morris and Zakaria defend has long been leading up towards.

The events that today define the front page of the newspaper-the U.S. geopolitical conflict with China, the global environmental crisis, the dysfunctionality and negligence of the Trump government in the face of the pandemic-are very much connected to the events that define the business section. Trump's escalating economic war with China is resulting in a trend towards isolation from China by the U.S. business community, and it's threatening to drive up price inflation for American goods while weakening the position of the dollar. The warming of the climate and the destruction of the biosphere have made outbreaks like this one possible. The capitalist state's unwillingness to impose long-term movement restrictions like China has, along with neoliberalism's destruction of the healthcare system, have made the U.S. and other neoliberal countries especially vulnerable to Covid-19.

This crisis isn't like the more manageable past crises that the system has produced. It's triggered an economic crash greater than the Great Depression, leading to intensified class struggles around the world; from the food worker strikes in Brazil to the rent strike in the U.S., the working class is pushing back. The crisis has also shrunk American power while giving China an opening to expand its global influence, with NATO and the EU growing increasingly ineffectual while China's global medical aid projects improve its relationship with countries like Serbia. These things were not part of the plan when Washington and its allies chose to procrastinate on responding to the virus earlier this year. Their continued prioritization of business interests over public health is backfiring.

The system has been doing its best to take advantage of the crisis; the Trump White House has been exploiting the pandemic to carry out more economic, military, and information warfare, and the world's 25 richest billionaires have gained $255 billion in the last two months while big tech companies have worked to consolidate the job market in their favor. But these kinds of developments ultimately serve to destabilize the system by taking away the balancing factors which have kept it from imploding.

While unemployment has always been necessary in order for the capitalist class to have an excess labor pool at their disposal, the recent loss of tens of millions of jobs has thrown the flow of capital into disarray. 500,000 members of the U.S. capitalist class lost their millionaire status during the first month or so of the pandemic, meaning that wealth is now particularly being consolidated into the top 0.01%. This miniscule circle of wealthy elites is leaving behind all the workers and small business owners who've lost their livelihoods, with the poor getting $1200 stimulus checks while the rich have been enabled to save millions on tax loopholes. Combined with the austerity, household debt explosions, and banking system meltdowns that we're sure to see in the coming years, this inequity will have the consequence of creating a depression that lasts for at least a decade.

The potential for civil unrest that this situation has created will be furthered by the collapse of U.S. imperialism. The problems for the American economy that will appear if Chinese exports to the U.S. are cut off, combined with the worldwide abandonment of the dollar in international trade, will create a vast American economic contraction. This contraction could force a global withdrawal of U.S. troops and lose the U.S. the economic allyship of numerous additional countries.

It's no wonder why just in this last month, Washington's biggest neo-colony Brazil came to accept the Chinese Yuan for iron ore while making this transaction occur over China's blockchain technology; countries like Brazil know the dedollarization of the globe is well on its way. China, which Washington considers to be its #1 adversary, is the benefactor.

The imperialist order has propped itself up by letting the proletariat within the core imperialist countries share in the benefits of imperialism, preventing revolutions in the First World. Now the contradictions of imperialism are adding up, and the reactions to this from the capitalist class are accelerating the loss of stability. Leaders like Donald Trump, Boris Johnson, and Jair Bolsonaro have been described as "accelerationist" for a reason.

Related Topic(s): Class Politics; Class War; Conflict; Meltdown; Money, Add Tags
Add to My Group(s)
Go To Commenting
The views expressed herein are the sole responsibility of the author and do not necessarily reflect those of this website or its editors.