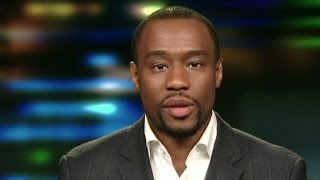 Part I --The Attack on Marc Lamont Hill

There are many things wrong with ideologues. Here I mean those who see the world through a narrow dogma. It is as if they wear figurative blinders, like those real ones placed on draft horses, so as to prevent their gaze from wandering away from a designated path. As a consequence ideologues can sometimes be embarrassing -- making gross general pronouncements based on the narrowest sets of beliefs and expecting the world to go along. Often they are just boring. However, give them a modicum of power and they can become downright dangerous.

For instance, take the recent dust-up at Temple University in Philadelphia, Pennsylvania. It started when Marc Lamont Hill, a tenured professor holding an endowed chair in the School of Media and Communications, gave a speech at the United Nations. The occasion was the U.N.'s International Day of Solidarity with the Palestinian People. Hill, who is a longstanding critic of Israel's treatment of Palestinians, summarized the official discrimination practiced by Israel against the Palestinians -- that is he laid out examples of Zionist Israel's racist nature and practice -- and then "endorsed a free Palestine from the river to the sea."

It was at this point that local supporters of Israel, specifically the ideologues who see things through the lens of the dogma of Zionism, went on the attack. Their claim was that Hill was "calling for the end of Israel." Morton Klein, president of the Zionist Organization of America, claimed Hill's endorsement of a "free Palestine" amounted to the "violent genocide of Jews in Israel." Leonard Barrack, "a major donor to the university," accused Hill of calling for "the destruction of the State of Israel" and said "I think it [Hill's speech] was anti-Semitic." And then Patrick O'Connor, the chairman of Temple University's board of trustees, called Hill's remarks "hate speech" and "disgusting." He went on to claim that "no one at Temple is happy with his comments." By the way, Temple has a student enrollment of over 30,000, so how can the chairman be sure? O'Connor has instructed the university's lawyers to explore ways to punish Hill. In the meantime CNN, obviously responding to Zionist pressure, immediately fired Lamont Hill from his position as an on-air commentator.

Here are some clarifying, non-dogmatic points relevant to this situation:

--The phrase "a free Palestine from the river to the sea" has long been understood by supporters of Palestinian rights to be a call for democracy. That is, a call for a state that represents and treats all its people as equals. It is not a proposal to purge all the Israeli Jews. However, it is undeniably anti-Zionist. Why? Because Zionism ultimately insists on a state with full rights for only one people (Jews), and this essentially denies full rights to 20 percent of its population (Palestinians). Both in theory and practice, it is present-day Israel, and not a proposed "free Palestine," that is demonstrably racist.

--There is a clear difference between Israel and the Jewish people. Israel is a recently created (1948) political state that falsely claims to represent the entire -- that is worldwide -- Jewish people. By doing so, the Zionists set up the false relationship that allows them to equate anti-Zionism with anti-Semitism. Yet the claim is not sustainable, for there have always been Jewish opponents of Zionism. Today this tradition of opposition continues, and a large segment of those, worldwide, opposing Israel and its racist practices, are Jewish. However, the Zionists, having been indoctrinated with the belief that Israel and the Jews are one, cannot face this truth. It may be the case that their fear and dislike for the numerous anti-Zionist Jews (the so-called self-hating Jews) is as great, or greater than, that for Palestinians.

--Zionist consciousness requires a denial and distortion of history. The reality of the Zionist movement's link to British imperialism; the subsequent fact that the Zionist intrusion into Palestine constitutes a history of a European settlement project in a non-European land; the Zionist complicity with at least some of the forced displacement of Jews from Arab lands; the reality of the Nakba -- all have to be denied or reinterpreted. As is the case with most dubious moral behavior, rationalizations and denials become key to the perpetrators' own self-image.

--It is on the basis of this reinterpretation of history and their indoctrinated belief in it that Patrick O'Connor, Morton Klein, and Leonard Barrack act out as they do. Essentially, they are projecting onto the Palestinians and their supporters, such as Marc Lamont Hill, Zionism's own racist motives. They are drawn to do so, perhaps subconsciously, because it is the Zionists, and not their opponents, who have a goal of ethnic cleansing. Thus, Zionism is a dogma that, all too obviously, calls for the removal of as many Palestinians as possible "from the river to the sea."

Part III -- What Really Is At Stake?

The dust-up over Marc Lamont Hill's speech is not an isolated occurrence. Dozens of similar calculated over-reactions, episodes of intimidation, and attention-getting acts of slander, have occurred over the last few years. Most of these have been directed by Zionists at academics critical of Israel and its evolving apartheid practices. The reaction to these attacks usually focuses on the threat to academic freedom and free speech. This has been the case in the push-back against the Zionist assault on Lamont Hill.

However, these issues, while very important indeed, by no means cover the extent of the Zionist threat. What else is threatened? Well, let's think this through in logical steps:

--Lamont Hill's speech at the U.N. addressed Israel's racist nature and practice. His criticism was not arbitrary, but rather fact based.

Related Topic(s): Israel; Marc Lamont Hill; Rights; Zionism; Zionists, Add Tags
Add to My Group(s)
Go To Commenting
The views expressed herein are the sole responsibility of the author and do not necessarily reflect those of this website or its editors.