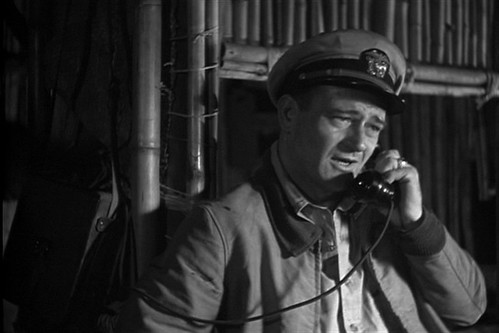 Yes, I'm going to tell you what's missing from this film without watching the film. Trump has, as promised, made me so sick of winning that I really could enjoy watching a defeat film, but I think I'll pass. If I'm wrong about what's missing from it (I mean one of the many things that are, no doubt, missing from it), I promise that I will eat an entire plan for victory in Afghanistan annually for the next decade.

One of the oddest things about World War II is how it has been marketed as a humanitarian war since the moment it ended.

One reason this is odd is that several times the number of people killed in German concentration camps were killed outside of them in the war (at least 50 million worldwide vs. 9 million killed in the camps). And the majority of those people were civilians. So a war against killing people in camps would be a very strange way to understand World War II, unless killing many more people can be made an acceptable means of opposing killing people. The scale of the killing, wounding, and destroying made WWII the single worst thing humanity has ever done to itself in any short space of time.

Even odder is that zero effort was actually ever made to prevent the mass-murder in the concentration camps. There was no poster asking you to help Uncle Sam save the Jews. A ship of Jewish refugees from Germany was chased away from Miami by the U.S. Coast Guard. The U.S. and other nations refused to accept Jewish refugees, and the majority of the U.S. public supported that position. The U.S. engaged in no diplomatic or military effort to save the victims in the Nazi concentration camps. Anne Frank was denied a U.S. visa.

Peace groups that questioned Prime Minister Winston Churchill and his foreign secretary about shipping Jews out of Germany to save them were told that, while Hitler might very well agree to the plan, it would be too much trouble and require too many ships. Here is an interesting passage from Nicholson Baker:

"Anthony Eden, Britain's foreign secretary, who'd been tasked by Churchill with handling queries about refugees, dealt coldly with one of many important delegations, saying that any diplomatic effort to obtain the release of the Jews from Hitler was 'fantastically impossible.' On a trip to the United States, Eden candidly told Cordell Hull, the secretary of state, that the real difficulty with asking Hitler for the Jews was that 'Hitler might well take us up on any such offer, and there simply are not enough ships and means of transportation in the world to handle them.' Churchill agreed. 'Even were we to obtain permission to withdraw all the Jews,' he wrote in reply to one pleading letter, 'transport alone presents a problem which will be difficult of solution.' Not enough shipping and transport? Two years earlier, the British had evacuated nearly 340,000 men from the beaches of Dunkirk in just nine days. The U.S. Air Force had many thousands of new planes. During even a brief armistice, the Allies could have airlifted and transported refugees in very large numbers out of the German sphere."

In other words, the story of Dunkirk, the evacuation of hundreds of thousands of soldiers, is a story of how the Allies treated people they had some use for, and a demonstration of how they could have treated other people if they had had any use for them.

Since the moment the war ended, the U.S. military has had enormous use for those it callously allowed the Nazis to murder. They have been front and center in the argument for war after war after war.

Since World War II, during what U.S. academics think of as a period of unprecedented peace, the United States military has killed some 20 million people, overthrown at least 36 governments, interfered in 81 foreign elections, attempted to assassinate over 50 foreign leaders, and dropped bombs on people in over 30 countries. This extravaganza of criminal killing is documented here. But it isn't much of a secret. To my knowledge, every single military assault has involved a reference to a new Hitler and a passionate plea to retroactively save his victims. Of course the humanitarian consequences have differed dramatically from those stated intentions.

Somehow I doubt any of that is mentioned in the Dunkirk film.

David Swanson is the author of "When the World Outlawed War," "War Is A Lie" and "Daybreak: Undoing the Imperial Presidency and Forming a More Perfect Union." He blogs at http://davidswanson.org and http://warisacrime.org and works for the online (more...)
Related Topic(s): Film Reviews; Nazis; Peace; Peace, Add Tags
Add to My Group(s)
Go To Commenting
The views expressed herein are the sole responsibility of the author and do not necessarily reflect those of this website or its editors.