What is it like to be alive? Obviously, there is a wide range of experience--joyous and wretched, racked by pain, lucid and untroubled, anxious, divinely peaceful, intensely awake and aware, unconscious in what we erroneously call the "sleep of the dead". You have probably known moments of lucidity while sleeping that are as intense as any orgasmic waking experience.

But wherever you go, there you are. You have learned to accept that all this remarkable variety of conscious states together comprises the human experience, and that you are always you, no more or less when you are enthralled by an idea revealed than when you are bored and waiting, waiting to get out of here.

What about memory? You know well that memory is a sometimes thing. It doesn't bother you that you have lost memories of childhood. You accept that you have false memories as well as true. You have very partial memory of the time you are asleep, and you have often had the experience of forgetting what you were thinking just a moment before. "What was I going to say?"

Some of the memories of a lifetime are carried into death, and others are not. A few memories are available across lifetimes, but in the state of development where most of us find ourselves, this is an exceptional phenomenon.

If the continuity afforded by memory is important to you, you can develop your memory by consistent attention and practice. Keep a diary, recalling each day's events. Write down your dreams on waking each morning.

Fear of death has an evolutionary basis. Terror is programmed into you by natural selection. Your animal ancestors that avoided death like the dickens lived to have more offspring, while those with a weaker terror of death were more easily hunted and their legacy died out. Hence we find ourselves descended from the former.

Existential terror is something else again, a modern malady built upon primal fear of death. It is a Nineteenth and Twentieth Century phenomenon that has distorted an animal instinct with the reductionist-materialism that derived from Newtonian mechanics. For the animal, terror of death is a very uncomfortable but transient state, arising in times of extreme danger; for the modern human, existential anxiety has become a chronic disease.

The idea of the clockwork universe moving continuously from moment to moment according to fixed laws, random, arbitrary, and devoid of meaning--this paradigm replaced religious dogma for many modern thinkers, beginning with Schopenhauer and Nietzsche, through Sartre and Camus to Richard Dawkins and Daniel Dennett. This philosophy has become a fundamentalist dogma no less than The Book of Mormon or Zoroastrianism or Hindu mythology.

A widespread meme in secular Western society tells us that all consciousness, including our core sense of being, depends upon electrical activity in the brain--and "science tells us so". This idea came to prominence in the second half of the Nineteenth Century, and William James (1898) offered a cogent rebuttal. If "science" ever suggested such a thing, it was Newtonian science--a misnomer in itself, since Isaac Newton was quite a mystic. The quantum physics of the Twentieth Century is comfortable with a realm of consciousness separate from the material world, and the most influential quantum physicists have held that quantum theory actually requires a non-material embodiment of knowledge. Consciousness is responsible for "collapsing the wave function", that is, reifying a single case from a realm of possibility.

Sample from the abundant literature of near-death experiences, reincarnation and other examples of consciousness that transcends the brain, as an antidote to your haunting suspicion that material reality is the only reality.

Your consciousness, with its rich and varied texture, its ability to narrow or to broaden, to learn and evolve and grow over the aeons--your consciousness is you, and it is not something you can lose when your brain ceases to function. 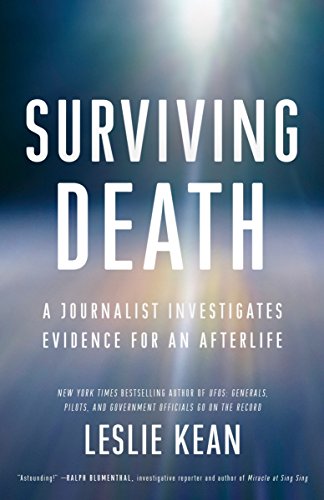 (In a channeling exercise at a Charles Eisenstein workshop at Esalen last week, I began having some of these thoughts

Related Topic(s): Consciousness; Death; Death; MEMORY; Memory; Sleep, Add Tags
Add to My Group(s)
Go To Commenting
The views expressed herein are the sole responsibility of the author and do not necessarily reflect those of this website or its editors.