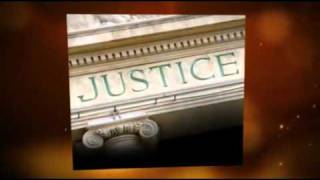 Up against four decades of mega-corporate erosion of wrongfully injured Americans' access to our courts, trial lawyers are wondering what use is left of the Seventh Amendment, our constitutional right to trial by jury?

Indentured lawmakers pass laws blocking or obstructing harmed individuals who are simply seeking fair compensation for their medical expenses, wage loss and suffering as a result of actions committed by their wrongdoers. Corporations, with their fine print consumer contracts, are eluding justice for some serious crimes by employing compulsory arbitration clauses, which preemptively force victims into closed, private arbitration (in lieu of trial by jury) and block the wrongfully injured from getting their day in open court.

It's unavoidable. Chances are you sign such clauses regularly without ever knowing it. Everywhere, lawsuits, jury trials and verdicts are diminishing in the midst of population growth and ever more invasive technologies, drugs, chemicals, and many other products -- all with the very real potential to suffer from dangerous defects, and all bearing built-in immunities for the guilty parties, should these defects come to light. Indeed, the vast majority of fatalities and serious injuries from preventable causes in the health care industry, factories, mines, drillers and hurtful products never even see an attorney.

Still the corporate lobbies, led by the insurance industry, keep pressing to block the courtroom door and avoid accepting responsibility for their injurious deeds.

They built this system of justice, but collectively, they have not been up to defending and preserving it from the mounting counterattacks.

The trial lawyers cannot match their adversaries in political contributions. However, there is one simple thing they could do. Should they deign to return the calls of consumer, environmental and labor groups wishing to forge alliances at the grass roots, such a union of minds could turn the tide for the trial lawyers who have long been on the defensive. Bear in mind, the law of wrongful injury (tort law) defends all the people regardless of political persuasion, race, gender or economic background. An unbeatable coalition could be assembled.

For over fifty years, I've been fighting, as a volunteer, for more appropriate utilization of our civil justice system to further its goals of compensation for the wrongfully injured, public disclosure of hazards, consequences for crimes against innocent victims and the environment, and deterrence against culpable actors. This effort is part and parcel of consumer, environmental and worker safety movements. In fact, the dangers that prompted safety legislation and regulations were often first disclosed by personal injury lawsuits.

Yet, with luminous exceptions, most major plaintiff law firms are not responding to the mobilization of these constituencies. They tend to their selected clients as attorneys but do not flex their muscles and resources as proactive lawyers by addressing the overall crisis that is the slow-motion destruction of civil justice.

Their adversaries have established so-called "lawsuit abuse" groups in numerous states and activated their dealers, agents and professional societies to keep the siege on our Seventh Amendment rights proliferating with wildly inaccurate assertions and hyperbolic anecdotes.

Inexplicably, these successful law firms will not protect the dwindling forest for the few trees they are nurturing. You call them for collaborative projects and their secretaries keep saying they are "in deposition" or are "on conference calls" that seem to occur perpetually.

I suspect that they are just not interested enough, no matter their enormous wealth from contingent fees in such areas as the great tobacco, asbestos, drug, oil spill or motor vehicle class actions. They have not built collateral civic institutions to begin to match their opponents even though these civic groups would be speaking for tens of millions of families.

In an open letter to plaintiff attorneys circulated in 2012, I described how the great law of torts is under assault and demands a multidimensional mobilization of the public. It was overwhelmingly ignored.

On September 29, 2016, we organized the first ever national celebration of this pillar of private justice at Constitution Hall in Washington, D.C. Some of the region's leading trial lawyers promised to bring people out and help with the expenses. They struck out.

There was a time 25 to 50 years ago when trial lawyers recognized the necessity of community education. They offered seminars in property, consumer, personal injury, civil rights and contract law in a program called The People's Law School. Others joined with the Johns Hopkins School of Public Health to share little known product and environmental hazards discovered in their litigation which they hoped would foster broader protections. They started, at my suggestion, a marvelous non-profit litigation group called Public Justice in 1982 that brings fundamental court cases unlikely to be brought by commercial attorneys.

Related Topic(s): Innocent; Lawsuits; Litigation; Malpractice; Medical, Add Tags
Add to My Group(s)
Go To Commenting
The views expressed herein are the sole responsibility of the author and do not necessarily reflect those of this website or its editors.