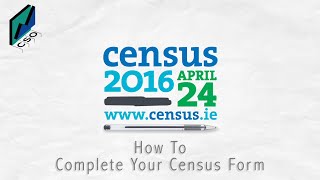 The 2020 Census form may be corrupted by adding a question about citizenship
(Image by YouTube, Channel: Census 2016)   Details   DMCA

President Donald Trump, thanks to a congenital inability to stop running his mouth, may ultimately undermine his administration's effort to corrupt the integrity of the upcoming 2020 Census. His latest blurting out that the reason for his wanting to add a controversial question about citizenship status to the Census form is for "redistricting" could be a major red flag for even right-wing Supreme Court justices.

But should the now majority right-wing Supreme Court ultimately rule in the administration's favor and permit such a question an action which experts say could lead to millions of immigrants declining to fill out the form, leading to an unjustified increase in Republican-leaning Congressional districts for the next decade there is still a way to fight back.

Imagine if millions of US citizens concerned about this willful corruption of the accuracy of the Census, and the resulting false count of the US population for redistricting purposes, and for the important allocation of federal aid to the states, were to simply check the box on the completely anonymous Census form claiming that they are not US citizens.

Would that be illegal? Technically yes. Refusing to answer a Census question and providing a false answer are listed as minor federal crimes carrying fines , respectively, of $100 and $500. But weigh those relatively small maximum penalties against the likelihood of being caught, or even prosecuted? According to Danny Cervallas, a legal analyst at MSNBC , the chance of being prosecuted is almost non-existent. First of all, the forms are by law anonymous, and so tracking you down would require a major effort (one which could be legally challenged, too, of course). Second, there would be a complication in trying to bring such a case, individually or as a conspiracy, since the law forbids using a Census document as evidence of a crime without the consent of the person who filled out the form, on the grounds that it would violate the Fifth Amendment against self-incrimination.

Related Topic(s): Census; Corruption; Redistricting, Add Tags
Add to My Group(s)
Go To Commenting
The views expressed herein are the sole responsibility of the author and do not necessarily reflect those of this website or its editors.