Time to Sharpen Our Weapons and Wits 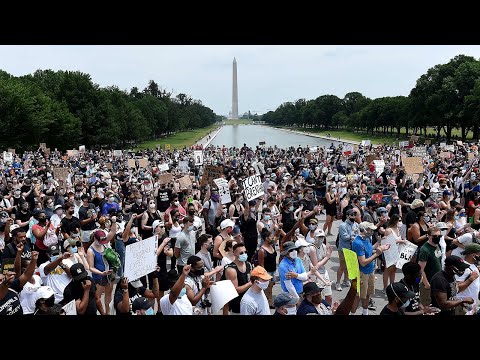 Having not yet won real power over the police, this is no time for a lull or a truce; it's time to sharpen our political instruments and deepen the mass movement's social penetration.

The awesome power of massed, militant people in motion has been manifest since the Memorial Day murder of George Floyd in Minneapolis. Much of the world now knows Floyd's name; majorities of Americans say they support "Black Lives Matter"; New York City's mayor pledged to slash his cops' budget in deference to the Black Lives Matter demand to defund the police; the Minneapolis city council has promised to move towards disbanding their police force, in the spirit of outright abolition; and the grassroots demand for community control of police-- previously rejected out of hand by most city councils -- is now part of the "mainstream" political conversation. So massive and swift has been the swing in popular sentiment against the police -- the coercive organs of the State -- that "A&E has decided not to run new episodes of 'Live PD' this Friday and Saturday, while Paramount Network has delayed the Season 33 launch of 'Cops,'" according to Variety magazine.

"Movement" politics is how the people flex their power, while electoral politics under a corporate duopoly system is the domain of the moneyed classes. This is a lesson learned in the Sixties, a period when some years saw as many as 5,000 separate demonstrations. The makeup of the U.S. House and Senate did not change dramatically during that tumultuous decade. Political contributions kept most incumbents in office, year after year, as is the case today. But, for a time, the lawmakers behaved differently voting for civil rights and social justice measures they had not previously supported when confronted with masses of determined people in motion, who sometimes burned cities.

Movement politics was finally quashed in the latter part of the Sixties by a combination of lethal force and political seduction. A national policy of mass Black incarceration, supported by both corporate parties, criminalized Black people as a group, while federal and local police waged a murderous, dirty war to crush Black radicals. On the seduction front, the Democratic Party opened its doors to a hungry cohort of Black politicians and aspiring businessmen who preached that the movement must shift gears "from the streets to the suites" -- the beginnings of today's Black Misleadership Class.

By 1979, after a decade of Black electoral victories in cities abandoned by whites, everyone was singing McFadden & Whitehead's "Ain't No Stoppin' Us Now" -- but the mass movement had long been snuffed out. The Black-white economic gap -- which had briefly shrunken as a result of social justice victories in the Sixties was beginning to widen, and mass Black incarceration ravaged the Black social fabric. But the Black political class and a small elite of entrepreneurs, professionals and entertainers were doing better than ever -- and they were all-in with the Democratic Party, which soon succeeded in subverting virtually every civic organization in Black America. The spoils of a long-dead mass movement of the streets had ultimately accrued to a tiny sliver of Black folks in suites.

For four decades, Black America was stalled in a political dead zone in which the only sustained politics was that which took place in the Democratic Party half of the corporate duopoly. As servants of forces hostile to Black people, Black politicians consistently acted against the interests of their constituents, collaborating in the destruction of public housing and the gentrification of Black neighborhoods. In the ultimate act of betrayal, the Black Misleadership Class lovingly embraced the Mass Black Incarceration Regime. In 2014, just two months before Michael Brown was gunned down by a cop in Ferguson, Missouri, 80 percent of the Congressional Black Caucus voted against a bill that would have halted the Pentagon's infamous 1033 program that funnels billions of dollars in military weapons and gear to local police departments. The emergence of what came to be called the "Black Lives Matter movement" had no substantive effect on Black members of Congress. In 2018, 75 percent of them supported a bill that makes police a "protected class" and assault on police a "hate crime."

These are the same scoundrels that this week "took a knee" in the Capitol's Emancipation Hall along with their boss, House Speaker Nancy Pelosi -- the same Democratic leader that refused to hold hearings on the Katrina catastrophe in 2005 for fear that the Democrats would lose white votes in 2006 for being too closely associated with Black people. But, just as the U.S. Congress in the Sixties responded to mass movements in the street, so Pelosi's Democrats offered legislation that "forces federal police to use body and dashboard cameras, ban chokeholds, eliminates unannounced police raids known as 'no-knock warrants,' makes it easier to hold police liable for civil rights violations and calls for federal funds to be withheld from local police forces who do not make similar reforms."

These are palliatives that have only been offered because of the presence of masses of people in the streets. Don't thank the Democrats -- the credit goes to the activists that have been disrupting the racist social order that both parties, including the vast majority of Black lawmakers, have maintained for the four generations since we last had a mass political movement. Given the recent phenomenal rise in popularity of "Black Lives Matter," which is now supported by a majority of Americans and overwhelming numbers of Blacks, the police reforms are likely to pass the House and possibly even the Republican-controlled Senate, in some form. But these measures do not empower the oppressed -- they are only a response to the power that Blacks and our numerous non-Black allies have shown in the streets: the power to disrupt and shame the ruling order in the United States, and the threat of much more to come.

Having not yet won real power over the police -- the coercive organs of government that claim a monopoly on the use of force this is no time for a lull or a truce. Rather, it is time to sharpen our political instruments and deepen the mass movement's social penetration. The objective is to seize and exercise people's power in our communities, and to defend the people's rights and interests -- the opposite of the role played by the police, who defend property rights and white supremacy, whatever the cops' color or ethnicity.

Community control of police and outright abolition of police are wholly compatible demands. Both are predicated on the right of the people to shape, control or abolish the coercive organs of the state, at least in their own communities. Defunding of the police is about allocation of resources, not power, which is why New York Mayor Bill de Blasio, who has been repeatedly punked by his own cops, can claim to favor some level of defunding. However, a significant section of "Black Lives Matter" -- those under the influence of Alicia Garza and her corporate philanthropic backers is clearly resistant to community control of the police and only gives lip service to abolition as a goal for the far-off future. We can expect that the contradictions between that faction of "Black Lives Matter" and other activists will deepen -- maybe rather quickly -- since the conflict is rooted in who's paying the bills.

The lifeblood of social movements against white supremacism, capitalism and imperialism is solidarity among all the victims of these isms. Alicia Garza actively discourages Black solidarity with anybody outside the borders of the United States -- doubtless as a condition of her funding. That's why her Black Census project, which last year conducted the biggest survey of U.S. Blacks in history, chose not to ask a single question on foreign policy. Black Americans have historically been the most pro-peace, anti-militarism constituency in the nation and, besides Arab Americans, the most empathetic to the plight of Palestinians. The Black Census is most useful as a domestic issues guide for Democratic politicians -- which is how it is cleverly packaged. Garza has chosen to be an asset to the Party -- a disturbing situation, given her status in the "movement."

The Democratic Party is the movement's greatest institutional political foe, since it infests and dominates virtually all Black civic organizations. (The Republican Party is not a factor in Black America's internal workings.) The Democrats are the Party of capital, of the bankers, the people displacers, the warmongers -- and a Black Caucus that is allied overwhelming with the police. However, Black America is a one-party polity, due to a system that reserves half of the duopoly for the White Man's Party, the GOP. Therefore, some genuine Black progressives, and even revolutionaries, have run for office, and won, as Democrats, for lack of any other viable platform. Essentially, this very small cohort of righteous officeholders are anti-Democrats who fight the corporate Party machine at every juncture. Among them are Charles and Inez Barron, the nominally Democratic husband-wife team representing a Brooklyn, New York, neighborhood in the city council and state legislature; and St. Louis alderman Jesse Todd, also a nominal Democrat.

Todd and the Barrons are members of the Black Is Back Coalition for Social Justice, Peace and Reparations (as am I), which holds its annual Electoral School, via Zoom, June 13 and 14. The Coalition, made up of 15 organizations plus many individual activists, has promulgated a 19-point National Black Agenda for Self-Determination that puts forward principled, self-determinationist positions on the broadest range of issue-areas, including community control of police. Black Is Back's approach to electoral politics is simple: the Coalition will endorse no candidate for office who is not in accord with the National Black Agenda for Self-Determination.

Related Topic(s): Black Lives Matter; Community Rights; Control Of The People; Democrats; Police; Police Killing Blacks; Politics, Add Tags
Add to My Group(s)
Go To Commenting
The views expressed herein are the sole responsibility of the author and do not necessarily reflect those of this website or its editors.