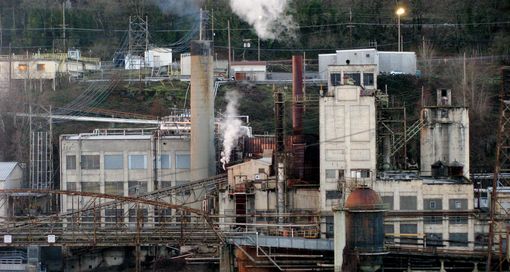 In Madrid, Spain, the 2019 UN Climate Change Conference -- known as COP25 -- began on December 2. Representatives of the world's countries gathered to discuss what is decidedly a serious problem for the planet; no one, except dangerous political forces in the neofascist right, denies the reality of climate change. What prevents a transfer from carbon-based fuel to other fuels is not the stubbornness of this or that country. The main problems are three:

2) Sections of the energy industry that have a vested interest in the continuation of the use of carbon-based fuels;

3) The refusal by the Western advanced countries to admit both that they have caused the problem and that they should use their vast wealth to finance the transfer from carbon-based fuels to other fuels in countries whose wealth has been siphoned off to the West.

The third blockage is serious, and it has prevented the United Nations process from bearing fruit. At the Rio Earth Summit of 1992, the countries of the world negotiated a UN Framework Convention on Climate Change. In that document -- which was ratified at the General Assembly two years later -- the governments agreed to a key principle, namely that the impact of colonialism cannot be divorced from discussions of the climate crisis.

"The global nature of climate change," the parties wrote, "calls for the widest possible cooperation by all countries and their participation in an effective and appropriate international response, in accordance with their common but differentiated responsibilities and respective capabilities and their social and economic conditions."

The main phrase here to consider is "common but differentiated responsibilities." This means that the problem of climate change is something that is common to all countries, and that no one is immune to its deleterious impact; at the same time, the responsibility of countries is not identical, and some countries -- which benefited for centuries from colonialism and carbon fuel -- have a greater responsibility for the transition to a less damaging energy system.

There is little scholarly debate on the fact that certain countries -- the West -- benefited inordinately from both colonialism and carbon fuel. A look at the data from the Carbon Dioxide Information Analysis Center's Global Carbon Project shows that the United States of America -- by itself -- has been the largest dispenser of carbon dioxide emissions since 1750. The main carbon emitters were all colonial powers, namely European states and the United States of America. From the 18th century, these countries have not only dispensed the bulk of the carbon into the atmosphere, but they also continue to exceed their share of the Global Carbon Budget.

Carbon-fueled capitalism -- enriched by the wealth stolen through colonialism -- enabled the countries of Europe and North America to enhance the well-being of their populations. The extreme inequalities between the standard of living for the average European (742 million people) and the average Indian (1.4 billion people) is as stark as it was a century ago. The reliance by China, India, and other developing countries on carbon -- particularly coal -- is high; but even this use of carbon has not raised the per capita emissions of China and India above that of the United States, whose per capita emissions are almost twice as much as China's per capita emissions.

The Framework Convention recognized the importance of colonialism, the geographical divergence of industrial capitalism, and its impact on the carbon budget. That is why the countries at Rio agreed to create a Green Climate Fund. The West was asked to make substantial contributions to the fund, whose capital would then be used to assist developing countries to "leapfrog" carbon-fueled social development.

It was hoped that the fund would draw in $100 billion -- at a minimum -- by 2020. The United States pledged $3 billion but has only contributed $1 billion. Trump has blocked any further contributions to the fund (Bernie Sanders, in contrast, said he would pay $200 billion into the fund, while the UK's Jeremy Corbyn pledged to use his country's leverage over the World Bank's Climate Investment Funds toward "climate justice for the Global South"). Australia and Russia have also paused contributions. No real appetite exists to expand this fund; there is little expectation that it -- or the concept of leapfrogging -- will be taken seriously at COP25.

Related Topic(s): America; China; Climate Change Costs; Climate Crisis; Green New Deal; Suffering, Add Tags
Add to My Group(s)
Go To Commenting
The views expressed herein are the sole responsibility of the author and do not necessarily reflect those of this website or its editors.