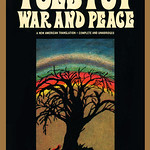 The recent confrontation in Portland, Oregon, between progressive protestors and federal officers gives a hint of what could, under the likes of the Trump administration, expand ultimately into a constitutional struggle for basic democratic rights against a police state. There is a fundamental antipathy between the concepts of a democratic society and a militarized society, as I will attempt to show. First we must remind ourselves what truly is a democratic society.

Democracy is a word easily tossed around. There are many countries that call themselves democracies simply because their government is approved by the voting of the general population, whether or not voting is conducted fairly. Democracy is more than voting rights. Democracy means government dedicated to all the people's interest and welfare, where government is by representatives selected by the citizenry. Lincoln described it as government of, by, and for the people.

Democracy is but an ideal never fully realized to its full potential. Human societies have always tended to split into factions that compete for their own advantage at the expense of other factions, thus compromising the general welfare. We associate freedoms with democracy and suppression of freedoms with autocratic governments; but people often misconceive democracy as absolute liberalism - total freedom. A case in point is the resistance of some people to wearing protective masks in public places to prevent spread of the coronavirus, claiming their constitutional freedoms.

All governments are a means of imposing discipline, and democratic governments do restrict some freedoms by necessity to adapt to circumstances. In good times when stresses within society are relatively light, there will be an atmosphere of optimum individual freedom. In times of stress, as we see today or during war, greater cooperation, discipline and sacrifice are required of individuals in support of the general welfare.

In place of an ideal democracy dedicated to the overriding purpose of promoting the general welfare, we actually have a complex government serving several purposes, not all of which are democratic in nature.The foremost functions of government relating to survival and prospering of society are economic: industry, trade, labor, business, finance. agriculture. These functions, under our present system, constitute a governing faction that operates as the handmaiden of the business community under a different set of principles than democracy. In practice, the formal government which, constitutionally, should be dedicated to the general welfare is, to a large extent, subservient to the informal economic government serving, mainly, corporate elite interests at the expense of the general public. The rationale is that if the corporate world prospers then everyone will benefit.

The workplace is not democratic. It does not function as the promoter of the general welfare, despite economic theories to the contrary. Otherwise, we would not see the extent of poverty, insecurity and inequality that exists today. It has not changed fundamentally from conditions under historic monarchies, where the worker is at the mercy of the employer. At times, economic government approaches anarchy when their rules for discipline break down.

The other major component of government relating to survival of society is the military institution which, by its nature, is an absolute dictatorship. We see this most clearly in some middle eastern countries and elsewhere where governments are run by a military dictatorship pretending to be a democracy.

In the USA, the military is at the service of civilian government policy and constitutionally is dedicated to provide for the common defense. But where government policy is determined largely by the informal private economic faction, the military may be put to other uses. None of the many foreign involvements of our military and its associated agencies over the past 75 years or so - particularly in the present century in Afghanistan, Iraq, Syria, Latin America, etc. - can be attributed to our common defense.The military is acting as the arm of the privately influenced economic faction of government that does not primarily serve the democratic values of the general citizenry.

The existence of a strong military institution with capabilities beyond the basic defense of a nation's borders is a potential threat to the internal security of a democratic society and a provocation for hostilities throughout the world. As Commander-in-Chief of the military, the president is head of this dictatorship, which includes the national guard and police of federal agencies. We have seen the potential threat to democracy when an autocratic leader such as Trump uses his police power to thwart democratic protests.

Democracy can flourish only in a peaceful climate. It is incompatible with a large military that devours huge portions of the national budget and serves the purposes of the private economic governing faction involved in global operations and conspiracies. To be compatible with the concepts of democracy, we should see a transformation of the military away from an absolute war-oriented dictatorship and its disproportionate size.

There would be a gradual pacification of military duties that would reflect the peaceful aspirations of a democratic society.

The transformed military service would then have a combination of purposes: military, emergency support work, general educational programs and occupational training for its personnel, and peaceful undertakings - something like the Peace Corps and the Civilian Conservation Corps in the era of the great depression of the 1930s. The members' of the armed forces first responsibility would be the same as for all citizens: loyalty to the constitution of our government and its democratic principles. In addition, the purpose of military duty would be to protect and support the citizenry during national and natural crises. It would engage in programs that impart a sense of social responsibility and social equality among participants and with the general population, contributing to national unity.

Only in the event of an attack on the homeland by a foreign foe would the defenders of the country be bound by strict, unquestioning military discipline. Cooperation with other countries in clearly defined peace-keeping operations would be its only foreign activity.

Under present world political conditions, we see no possibility of this transformation taking place. We live under constant threat of growing foreign rivalry and conflict, and domestic unrest. We are told a strong military is our best defense and an overwhelming nuclear capability is the best assurance against mutual annihilation.That leaves only endless minor wars to contend with and lingering fears from a militarized presence.

The path to peaceful coexistence is an entirely different route. At some point along that path, leaders will appear who recognize the total futility of the centuries-old stalemate of militarized nations. This may come about by the inescapable need to grapple with the devastating effects and staggering costs of global warming, calling for universal cooperation. The enlightened leadership of the new era would take the first steps in this transformation of the military by gradually reducing the size, scope and menace of its worldwide operations, while establishing its respect.

To realize the full potential of democracy, a similar transformation would be necessary to upgrade domestic police forces which now often resemble military forces.

Related Topic(s): Peace And Freedom; Peace On Earth; Peace_War, Add Tags
Add to My Group(s)
Go To Commenting
The views expressed herein are the sole responsibility of the author and do not necessarily reflect those of this website or its editors.