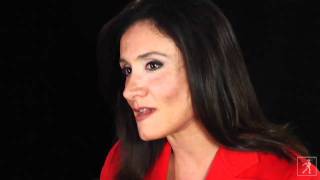 Disclosures show that over four dozen finance industry professionals, including several prominent private equity executives and investment bankers, made early donations to Michelle Caruso-Cabrera, a former CNBC contributor who is challenging Ocasio-Cortez. Caruso-Cabrera was a registered Republican until a few years ago and authored a 2010 book advocating for several conservative positions, including an end to Medicare and Social Security, which she called "pyramid schemes."

"I met Michelle when she was a business reporter and she is bright and understands the financial markets well," said Doug Cifu, the chief executive of Virtu Financial, one of the donors who gave $2,800 to Caruso-Cabrera. "Her opponent," Cifu added, "does not in my view."

The Caruso-Cabrera campaign announced last week that it had collected nearly $1 million in fundraising over the first quarter of this year. The U.S. Chamber of Commerce, which is funded by anonymous corporate donations and has spent tens of millions of dollars electing congressional Republicans, also said recently that it would mobilize business interests in support of Caruso-Cabrera.

In her first year in office, Ocasio-Cortez has used her perch in Congress to eviscerate leading figures on Wall Street. During congressional hearings last April, she pushed JPMorgan Chase chief executive Jamie Dimon over whether bankers should have been criminally prosecuted over the 2008 financial crisis.