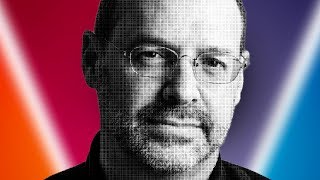 NBC News Contributor Calls Out Corporate Media's Pro-War Slant In Resignation Letter Longtime NBC and MSNBC news contributor William Arkin issued a scathing resignation letter to the network where he called them out for their obvious pro-war ...
(Image by YouTube, Channel: The Ring of Fire)   Details   DMCA

Journalist William Arkin has been at NBC News on and off for 30 years, as a military analyst, a reporter, and a consultant. Arkin is a critic of what he calls "perpetual war" and the "creeping fascism of homeland security." His memo of resignation touches on those facts and the fact that "the world and the state of journalism [are] in tandem crisis." CNN:

"I find it disheartening that we do not report the failures of the generals and national security leaders," he said. "I find it shocking that we essentially condone continued American bumbling in the Middle East and now Africa through our ho-hum reporting."

He said that most of his critiques of NBC apply to the rest of the news media, as well.

Years ago, he said, "particularly as the social media wave began, it was clear that NBC (like the rest of the news media) could no longer keep up with the world. Added to that was the intellectual challenge of how to report our new kind of wars when there were no real fronts and no actual measures of success."

Arkin is inclined to agree with some of Trump's isolationist instincts, though he called Trump an "ignorant and incompetent impostor."

"And yet," he wrote, "I'm alarmed at how quick NBC is to mechanically argue the contrary, to be in favor of policies that just spell more conflict and more war."

He warns that the world is becoming more polarized.

There is not a soul in Washington who can say that they have won or stopped any conflict. And though there might be the beloved perfumed princes in the form of the Petraeus' and Wes Clarks, or the so-called warrior monks like Mattis and McMaster, we've had more than a generation of national security leaders who sadly and fraudulently have done little of consequence. And yet we (and others) embrace them, even the highly partisan formers who masquerade as "analysts." We do so ignoring the empirical truth of what they have wrought: There is not one country in the Middle East that is safer today than it was 18 years ago.

Here's his take on the state of media.

"...our biggest challenge as we move forward is that we have become exhausted parents of our infant (and infantile) social media children. And because of the 'cycle,' we at NBC (and all others in the field of journalism) suffer from a really bad case of not being able to ever take a breath. We are a long way from resolving the rules of the road in this age, whether it be with regard to our personal conduct or anything related to hard news. I also don't think that we are on a straight line towards digital nirvana, that is, that all of this information will democratize and improve society. I sense that there is already smartphone and social media fatigue creeping across the land, and my guess is that nothing we currently see -- nothing that is snappy or chatty -- will solve our horrific challenges of information overload or the role (and nature) of journalism. And I am sure that once Trump leaves center stage, society will have a gigantic media hangover.

Related Topic(s): Corporation NBC; Journalist William Arkin; Media Network MSNBC; News Media; Resignation, Add Tags
Add to My Group(s)
Go To Commenting
The views expressed herein are the sole responsibility of the author and do not necessarily reflect those of this website or its editors.