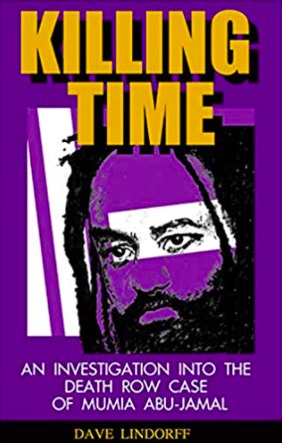 Internationally known US political prisoner Mumia Abu-Jamal has reported to friends and family on the outside that he has contracted Covid-19 in the Pennsylvania prison where he is incarcerated, and says he is having difficulty breathing. His life is in immediate danger and he is in urgent need of hospital care.

This latest outrage was sadly predictable. Prisons across the US have for years been using permitting serious illness to serve as a form of "silent execution" of prisoners, many of them certainly innocent of the crimes they were convicted of and all, guilty or not, serving unfairly punitive terms that hold them into an old age when they are particularly vulnerable to potentially fatal illnesses, whether that is flu, cancer, hepatitis, pneumonia or now Covid-19.

Noted journalist and political activist Abu-Jamal, now 66 years old and entering his 40th year in prison, is serving a sentence of life in prison without possibility of parole following his 1982 conviction of murder of a white police officer.

As I have written in my book on the case, Killing Time, that conviction followed a trial that featured coached and lying prosecution witnesses (including police officers), prosecutorial misconduct, withheld exculpatory evidence, racial bias in jury selection and a racist pro-prosecution judge overheard saying at the start of the trial that he would "help fry the n-i-g-g-e-r." His appeal process was also fatally tainted by the refusal of a former Philadelphia DA, Ron Castille, who during his tenure oversaw the legal effort to defeat Mumia's appeals, to recuse himself later when, as a state supreme court justice he was ruling on those same appeals.

The entire legal process in Abu-Jamal's case has been an grotesque atrocity and an epic scandal.

Already suffering from cirrhosis of the liver because, like virtually all prisoners in American jails, Mumia was, until a federal court ordered it, denied timely access to medication known to be 95% effective in treating the Hepatitis C virus endemic in US prisons. This was done by prison officials who were well aware that the disease, if left untreated, usually leads predictably to cirrhosis, then to liver cancer and eventually to death. In Mumia's case, legal challenges by state attorneys for the prison system intentionally delayed that court order until he his disease had already advanced to cirrhosis of his liver.

Related Topic(s): Covid-19; Mumia Abu-jamal; Vaccinations, Add Tags
Add to My Group(s)
Go To Commenting
The views expressed herein are the sole responsibility of the author and do not necessarily reflect those of this website or its editors.