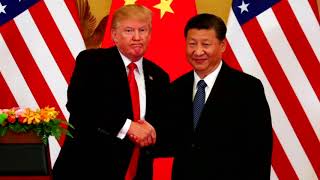 The Chinese government is directing $500 million to the Trump Organization, and even the White House press office has been unable to say why this massive payoff is not simply an enormous bribe. Jimmy Carter may have been forced to sell his peanut farm, but Donald Trump did not rid himself of the Trump Organization. It's not in a blind trust. It's not in any sort of trust. It is still sitting there, under the direction of the same staff selected by Trump, and nominally under the charge of Donald Trump's children. It is still owned -- 100 percent -- by Donald J. Trump. And, despite promises made at Trump's inauguration, it has not ceased forming new business partnerships abroad.

Among its new dealings is an enormous project in Indonesia, a project that includes hotels, a theme park, apartments and, of course, a golf course. The financing of that project had been up in the air, but that has all changed. Because the Chinese government is pouring in $500 million to Trump's Indonesian project. And because the Trump Organization is nothing but a shell company for Donald Trump, that half-billion might as well go right into the pocket of his baggy suit.

News of the deal immediately follows Donald Trump's extraordinary action over the weekend in which he demonstrated a willingness to ignore sanctions against dealing with North Korea and Iran. Instead, Trump jumped to the defense of a China-based technology company under penalty for not just selling US-made surveillance gear to both sanctioned governments, but repeatedly lying to US investigators. But even as National Security Adviser John Bolton was threatening America's European allies about dealing with Iran, Trump was acting to save a company that had broken those sanctions deliberately and repeatedly.

The contrast is staggering, and the reasoning seemed nearly inexplicable. Even if Trump needs the support of Communist Party Secretary Xi Jinping in his upcoming summit with North Korean President Kim Jong-un, saving a company that had violated the rules about dealing with North Korea seemed a very strange requirement.

But the answer seems to be much simpler. Trump's actions now appear to be simply the largest case of pay-for-play in history.

Even the White House cannot explain how Trump's actions don't represent a massive breach of the law, not just in appearance, but in fact. During a Monday press briefing, Deputy Press Secretary Raj Shah shied away from giving any answer to questions put forward about the Chinese investment in Trump's Indonesia project. Instead, Shah tried to parry all questions.

"You're asking about a private organization's dealings that may have to do with a foreign government. It's not something I can speak to," he said, before calling on another reporter.

But that is exactly the point. The Trump Organization is a private organization; one that is completely owned and operated by Donald Trump. One that can explicitly benefit from Trump's arrangements with foreign governments. One that absolutely appears to be Trump's primary concern in conducting world affairs. One that has Trump openly acting against both the sanctions regime he claims to support, and the rhetoric he sprayed so freely in his rallies.

Related Topic(s): China-US Agreement; Trump Conflict Of Interest; Trump Dangerous; Trump Illegality; Trump In China, Add Tags
Add to My Group(s)
Go To Commenting
The views expressed herein are the sole responsibility of the author and do not necessarily reflect those of this website or its editors.