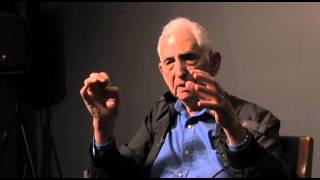 ACLU lawyers believe that Trump is likely to prosecute journalists and editors for publishing leaks of classified information, for the first time, using the Espionage Act. So far, the Espionage Act has been used for leaks to the American public only against government officials or former ones, of which I was the first, for the Pentagon Papers in 1971.

There were only two other such prosecutions before Obama; he prosecuted nine cases, or three times as many as all previous presidents together. It's being taken for granted that Trump will follow Obama's pattern, but also believed that he will go further to use the Act against reporters for the first time.

The Supreme Court might (or might not) find this application unconstitutional under the First Amendment (though the plain language of the Act -- which was meant for spies, not leakers, and used only for spies before my case, applies as well to anyone who copies, holds, or passes on information "related to the national defense" including journalists, publishers (like Julian Assange or the New York Times) or even readers of the newspapers (!) as well as to officials.

Even if the Court eventually ruled against the use of the Espionage Act in this application (as I believe they clearly should, on First Amendment grounds), the costly and stressful legal proceedings, perhaps taking years, would have a frigidly "cooling" effect on the journalistic process.

What is almost unknown is that Richard Nixon intended to use the Espionage Act to prosecute journalists from the New York Times (including Neil Sheehan and Hedrick Smith) in the Pentagon Papers case covered by the upcoming movie "The Post," along with academics and others (possibly Noam Chomsky, Howard Zinn and Richard Falk) to whom I had given parts of the Pentagon Papers.

A grand jury in Boston was sitting for this purpose, and indictments were expected by defense lawyers (see "Fighting for the Press" by James Goodale, the Times' lawyer) but it was dissolved after my charges were dismissed in 1973 in part on grounds of warrantless wiretapping that would undoubtedly have applied to some or all of these other defendants.

Thus Trump would simply be following in the footsteps -- on this path as on others -- of Richard Nixon: whether or not the final result for himself is the same.

All this makes "The Post" -- due out in late December and early January -- all the more timely! More about "The Post" here.

Daniel Ellsberg is a former US military analyst who in 1971 leaked the Pentagon Papers, which revealed how the US public had been misled about the Vietnam war
Related Topic(s): Espionage; Reporters; Trump Attacks Media; Trump Mental State, Add Tags
Add to My Group(s)
Go To Commenting
The views expressed herein are the sole responsibility of the author and do not necessarily reflect those of this website or its editors.

A Memory of Howard

Why the Pentagon Papers Matter Now

Daniel Ellsberg: Snowden would not get a fair trial -- and Kerry is wrong

Trump's War on the Press

Trump Threats to WikiLeaks "Nuclear Option" Against the First Amendment