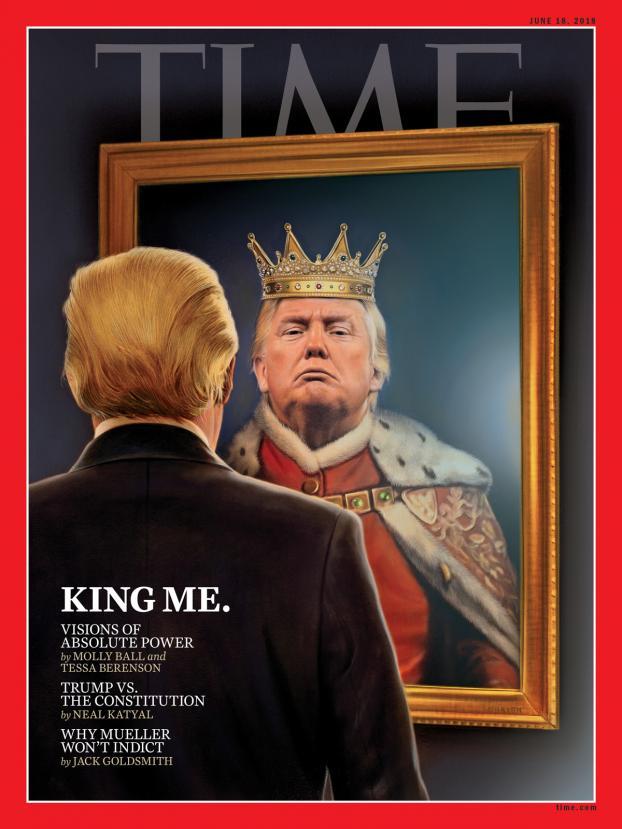 "I am prepared under my constitutional duty to recommend the measures that a stricken Nation in the midst of a stricken world may require. The only thing we have to fear is...fear itself nameless, unreasoning, unjustified terror which paralyzes needed efforts to convert retreat into advance."~~ President Franklin D. Roosevelt, March 4, 1933

Forget all the bad press.

Forget that Donald Trump has completely mismanaged the Coronavirus pandemic.

Forget that his infamous incompetence, narcissism and greed have left so many dead and dying. That he's using the crisis as cover to assault Social Security and Medicaid while taking food from the poor and homeless. That he's turned the stock/oil/gas markets into yo-yos while protecting his resorts, personal investments and fellow fat cats...

None of that will ultimately matter.

What counts is that in the ultimate election year, confusion and fear have overtaken our species. That America's Constitutional recourse for removing this de facto dictator has been plunged into chaos. That a megalomanic mobster has declared a national emergency and granted himself tyrannical dominion.

For Donald Trump and his handlers, the Coronavirus is a perfect portal to absolute power, a Reichstag wet dream on a global scale.

Never forget that in 1972, in the midst of the Vietnam War he promised to end, Richard Nixon commissioned a study (called the Houston Plan) to chart out how to cancel that year's election.

Know for sure that in Koch/Putin nerve centers all over the globe, parallel game plans merely await a spark like this.

The fall election may already be in ruins. Long lines and lost outcomes are already the norm for those of youth and color. From LA to Georgia, Iowa to Ohio, precincts have been eliminated, registration rolls stripped (of as many as 17 million voters), electronic machines pre-hacked and flipped.

The progressive Sandernista movement, the impassioned hope of a rising generation, has been kneecapped. Amidst the confusion, with a massive smear campaign from the corporate Democrats and their "liberal media," the anointed will be someone "electable." In other words, a reliable corporatist...in this case one with dubious competence and a shaky grip.

For the corporate Democrats, job one has been to smother the Sandernista uprising and all those fervent Millennial millions. Re-running its 2016 debacle, the party elite scorns again the New Deal/social-democrat "deplorables" and what Paul Wellstone called "the democratic wing of the Democratic Party."

Without it, the corporatist doesn't fly. Even if he wins a popular majority, it's far too easy to see Joe Biden joining Al Gore, John Kerry and Hillary Clinton in a quick make-no-wave surrender to the slave-based Electoral College and a rigged outcome.

This latest killer virus may well have been made in a military laboratory, a Strangelovian mutant of the global war machine. That the current pandemic might have been deliberately loosed on us may be a stretch.

Related Topic(s): Chaos; Trump; Trump Against Democracy; Trump Attacks Democrats; Trump Cruelty; Trump Presidency, Add Tags
Add to My Group(s)
Go To Commenting
The views expressed herein are the sole responsibility of the author and do not necessarily reflect those of this website or its editors.