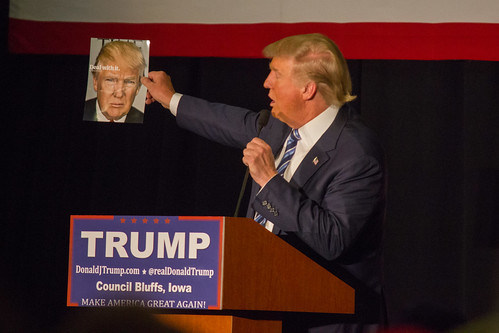 How many times a day, and in how many different presentations, has President Donald Trump suddenly departed from script to exclaim, "This was the greatest economy we ever had, the greatest in the world, the greatest ever, and it all went down because of a pandemic?" A large part of the United States electorate has accepted this political statement, which Trump uses to boost his election chance. Time to burst the bubble he has created around himself and let him know his ego- building statement is entirely false.

Trump does not describe the criteria by which he created the illusion that his economy is the greatest ever. He mentions the words GDP, stock market, and employment. Research the U.S. economy and learn that since 1871, the United States (US) has always had, except for some recessions, the best economy on the world. During the roaring twenties, the US had half of world production, and has only 1/8 of the same during the Trump administration. The best economy ever, for its time, may be more appropriately assigned to the 15th century Chinese Ming Dynasty, when Chinese production was, by far, the largest in the world, capitalism showed a beginning, technology advanced, and wage labor replaced peasant labor.

Almost every U.S. president has seen a substantial rise in the stock market during his or her administration. The Trump administration has only added to the existing trends, which almost all other presidents and administrations have done nothing unusual or extraordinary.

That is not the real story. The real story approaches the economy from another perspective - examination of economic factors, such as those shown in the following table.

Dan Lieberman is the editor of Alternative Insight, a monthly web based newsletter. His website articles have been read in more than 150 nations, while articles written for other websites have appeared in online journals throughout the world(B 92, (more...)
Related Topic(s): Economy; Economy Built On Debt; Trump; Trump Apologists; Trump Bully In Chief; Trump Campaign; Trump Con; Trump Ego; Trump Lack Of Dignity; Trump Liar; (more...) Trump Support; Trump Tax Bill; Trump Tax Cut; Trump Tax-cut Scam; Trump War Against China, Add Tags  (less...)
Add to My Group(s)
Go To Commenting
The views expressed herein are the sole responsibility of the author and do not necessarily reflect those of this website or its editors.