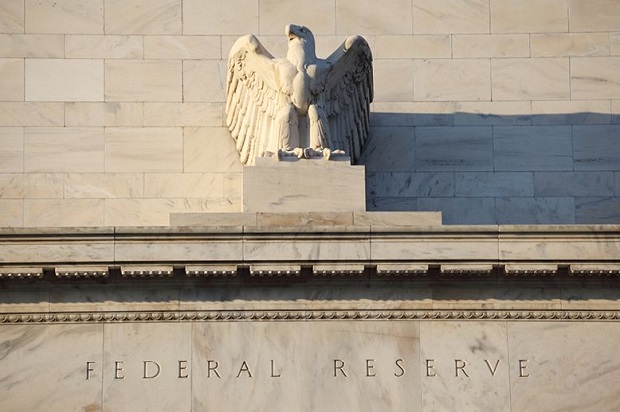 The United States' version of a Central Bank is a strange duck. It is the U.S. government's most powerful regulatory agency. It, after all, regulates money and interest rates. Yet, its budget comes entirely from the banking industry and relationships with the financial industry. So Congress, which appropriates money for all other federal agencies, has little leverage over the Fed's operations.

This independence except from the big banks is by design, when the Fed was devised by President Woodrow Wilson over one hundred years ago. The Fed, a secretive, private government inside a public government presents problems for a democratic society. The alternative was deemed worse by its boosters, allowing "politics" to determine the Fed's Board of Governors decisions.

It is as if the Federal Reserve/banking complex does not deal with political power by its own definition. The Fed entrenches the power of the banks without accountability inside Washington. Ask Republicans in Congress whether they generally oppose government regulation of a business and most will say "yes." Ask whether they want to deregulate the Federal Reserve and they will say "Of course not." Somebody has to assure monetary stability.

But the Fed's announced quarter of a percent cut in interest rates, which were already low by historical standards at 2.25 to 2.50 levels, will affect people, beyond abstract monetary theories. Tens of millions of Americans who rely on income from their savings accounts and money market accounts will receive less money. Some will jump into the high flying stock market, presumably to get more income and introduce real risk to their principal.

The $2.9 trillion Social Security trust fund will receive less income from lower yielding Treasury Bonds. That's not good for seniors. It is also really bad for pension funds, not to mention the returns on certain life insurance policies.

The Fed mumbled something about the trade war and a recent small decline in manufacturing indices as reasons to head off trouble.

But companies are piling up idle capital without knowing what to do with it other than to spend trillions of dollars on unproductive stock buybacks. There is no shortage of capital. Lowering the interest rate will just encourage more unnecessary corporate debt, with its deductible interest payments, instead of corporations using their available equity.

Venerable business columnist Allan Sloan does not think that a quarter-point cut by the Fed "will generate job-creating investments in the United States by companies that are uncertain about the future because of trade wars, threatened trade wars, interrupted supply chains and other actual and potential instabilities"(See Allan Sloan's article here).

Conventional critics of the Fed's cut this week point to already low interest rates and what they call a hefty economy, modest inflation, and a low unemployment rate.

Some former Fed governors called out the Fed for not clearly and specifically explaining its decision to cut rates. As former Fed Governor and Deputy Secretary of the Treasury, Sarah Bloom Raskin, said: "The Fed has really had a bit of a communications blunder" If Americans don't understand exactly what is happening and why, they may think that Chairman Jerome Powell is caving into presidential bullying."

No kidding. Trump has been pounding the Fed and threatening to take away Chairman Powell's Chair for months. He is demanding sharp reductions in interest rates. He renewed his denunciation after the Fed's quarter of a percent cut this week, tweeting that it was nowhere near enough!

Presidents almost never do this publicly to the Fed. But Trump, the failed gambling czar knows better. Intimidation through the mass media again and again works for Trump.

Although the Fed wanted to resist his pressure, hey, why take greater chances with crazy Donald? Instead, they threw him a bone.