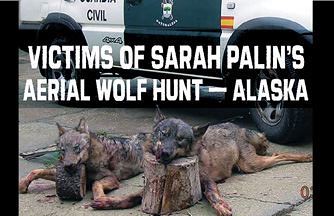 [Re: Bernie Sanders not ruling out running in 2020: please see: After reading a brilliant article from gifted Common Dreams Journalist, L auren McCauley, I am moved to merge many of her conclusions, plus those of other pundits, with my own insights. Remember that this may be the first discussion of many more to come.

In the time-tested context of Machiavellian political realism and the proven parameters of "Realpolitik," I really am trying very hard to keep an open mind about the future Trump Cabinet, even while, like most of the nation's progressive, liberals, and the remaining shambles of the Democratic party, I am genuinely frightened about the Supreme Court and what it will be like in 4 years....but, don't start worrying about what you can't influence or even begin to fix.

Remember, with the Republican majority in the Senate, he has almost carte blanche in appointing whoever he wants to whatever position, and our only chance to influence this is to clarify better alternatives as they materialize.

As President-elect Trump starts his transition to power, there are eaaly reports on what the nation can expect as his cabinet appointments. Remember also that these names were intentionally leaked to news mediam, as if to brace us, or run it up the flag pole and see who salutes...

Former Alaskan Gov. Sarah Palin as Secretary of Interior, the former vice presidential candidate made famous for her love of hunting and frequent chants of "drill, baby, drill."

Newt Gingrich as Secretary of State? "with major implications for U.S. foreign policy and Washington's role in the international community." (AFP) Gingrich during the campaign continually praised Trump's approach to foreign policy, with his own international policy precepts considered by many to be "hawkish," and "shameless."

Ben Carson as Secretary of Health, Education, and Welfare? A good job for a loyal Trump supporter, one of the few that makes sense to me....

Salon's Brendan Gauthier wrote, "The people whose names you don't recognize are as bad or worse as those whose names you're sick of hearing." Former Lt. Gen. Michael Flynn is being considered to head the Pentagon, "was fired from his post as head of the Defense Intelligence Agency in 2014, which he attributed to his hawkishness," Gauthier reported.

More likely than Palin, Forrest Lucas, oil executive, is favored to take over the Department of the Interior, "a position that oversees land management, national parks and wildlife reserves, and Lucas at the helm would represent a nightmare scenario for environmentalists," AFP reports.