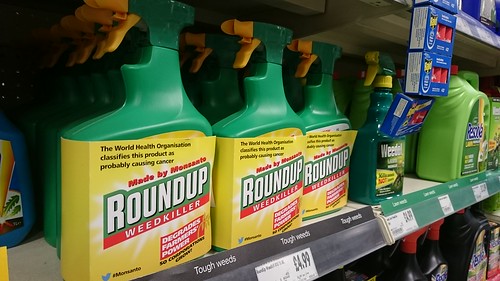 Just before leaving office, Trump approved seven dangerous pesticides for use in the US. These pesticides, including glyphosate (Roundup), atrazine, and aldicarb, have been banned in other countries. They are known to harm farmworkers, children, pets, and pollinators.

Glyphosate has been linked to cancer and puts 93% of endangered species in the US at risk of death or injury. It is banned in more than 20 countries. The EPA reauthorized its use in 2020.

Aldicarb is extremely toxic to the human nervous system and harmful to bees. It is banned in more than 100 countries. It was reintroduced in the US weeks before Trump left office.

Atrazine is linked to increased risk of birth defects and certain cancers. It is banned in dozens of countries. The EPA reauthorized and expanded its use in 2020.

In recent years, the rest of the world has been moving away from using pesticides linked to cancer, birth defects, and the killing off of pollinators and endangered species.

Whatever the reasons for Trump's attempts to help out Bayer and the other corporations peddling toxic chemicals, the Biden administration has just made a commitment to reduce exposure to harmful pesticides.

SumOfUs members have successfully worked to ban glyphosate and other dangerous pesticides in countries across Europe.

Michael Regan, a top environmental official in North Carolina, will be confirmed as the new head of the EPA this week. SumOfUs will be welcoming him with a petition, which you can sign here.

Related Topic(s): Activism Environmental; Bayer; Environment-Ecology; Glyphosate; Roundup Weedkiller; Toxins, Add Tags
Add to My Group(s)
Go To Commenting
The views expressed herein are the sole responsibility of the author and do not necessarily reflect those of this website or its editors.