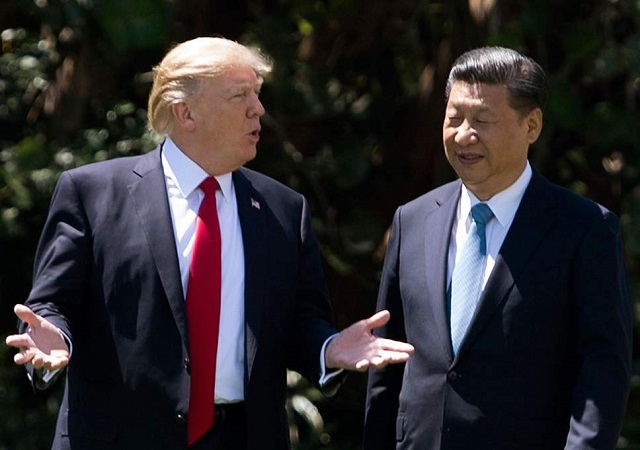 Forget Russian oligarchs for the time being. Donald Trump and his family appear to have been co-opted by a standard Chinese intelligence operationboth mainland and Taiwanesethat uses overseas Chinese, shady dummy corporations, prostitution and blackmail, and political influence peddling to influence foreign governments.

The recent Florida law enforcement statewide sting of a chain of Florida "day spas" and massage parlors has been linked to Donald Trump. Li "Cindy" Yang operates a chain of Florida massage parlors linked to prostitution services. She is also a frequent guest at Trump's exclusive Mar-a-Lago club in Palm Beach and the White House. The Orchids of Asia Day Spa in Jupitera massage parlor that Yang reportedly sold and which previously did business as Tokyo Day Spa and was likely flipped over to a dummy corporation, was where New England Patriots owner Robert Kraft, a member of Mar-a-Lago, was cited for solicitation of prostitution. In addition to Kraft, two other billionaires and major GOP contributors were also cited for soliciting prostitution at the same Jupiter spa.

Although the Steele Dossier, which concentrates on Trump's links to Russia and has several problematic issues, one being that it was financed by Wall Street neocon Paul Singer on behalf of the Jeb Bush campaign, there are two passages worthy of closer analysis. Both refer to Trump's Russia links as being a mask for his closer ties to China. One passage in the dossier refers to a source close to Trump and his now-convicted former campaign chairman Paul Manafort being "happy to have Russia as media bogeyman to mask more extensive corrupt business ties to China . . ."

Another Steele Dossier passage explains Trump's business dealings in China as involving the "payment of large bribes and kickbacks." Based on the Florida massage parlor sting, Li Yang's close proximity to Trump and his administration, and the involvement in the sting of some of Trump's biggest donors, including Kraft, does the Trump connection to Chinese prostitution involving sex-trafficked women from China, South Korea, and Thailand also involve, as the Steele Dossier points out, bribery and kickbacks? If so, Special Counsel Robert Mueller's investigation has likely branched out to include Chinese intelligence penetration of the Trump Organization and family and his criminal referrals to U.S. Attorneys' Offices in relevant states for investigation.

Why Trump named as his Secretary of Labor, Alex Acosta, the former U.S. Attorney for South Florida, the federal official who oversaw a sweetheart future immunity deal for Trump friend and international sex trafficker of underage girls Jeffrey Epstein and his associates, may soon be explained in over 1000 documents currently under seal. As Labor Secretary, Acosta is charged with overseeing federal laws designed to combat domestic and international sex trafficking. The U.S. Court of Appeals for the Second Circuit in New York is currently deciding whether to unseal the documents from a 2017 lawsuit involving one of Epstein's sex trafficking victims and Ghislaine Maxwell, Epstein's assistant. A three-judge panel in New York has given the parties until March 19 to show good cause why the documents should remain sealed before a summary judgment is rendered.

China's recent decision to grant Trump 38 new trademarks, which, in addition to hotels, concierge services, personal security services, and insurance, includes spas, massage parlors, and escort services has raised eyebrows from Florida and Washington, DC to Beijing, where the Trump Organization is represented by the Chang Tsi & Partners law firm. The Steele Dossier calls out Trump for "corrupt" business ties in China. WMR previously reported on how Trump and his son-in-law, Jared Kushner, stand to benefit from the U.S. EB-5 investment visa designed to attract Chinese investment in the United States in return for permanent residency. WMR discovered an EB-5 visa scam being run out of an office in Jupiter, Florida, located across the street from the Orchids of Asia massage parlor raided by police.