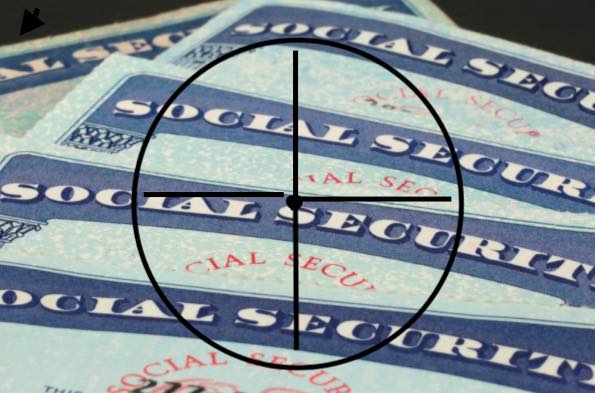 At first blush, the idea that a president could singlehandedly destroy a program that was founded in 1936 by Franklin Delano Roosevelt, that has since then for 85 years had the solid backing of Congress, and that polls have consistently ranked as the most popular government program in history.

And yet, a gradual surrender of its power of the purse by Congress, especially over the last half century, has steadily increased the powers of the Executive branch to the point that the answer at this point may be: Yes he can!

That's the warning from Nancy Altman, president of Social Security Works, an advocacy organization dedicated to protecting and improving Social Security for all Americans.

Altman says that the mainstream media have been failing to report properly on the grave threat to the Social Security System that has been openly announced by President Trump, treating it as this president's typical exaggeration and hyperbole. She warns that this current Trump move to use his executive authority to defer for four months the collection of the employee and employer FICA tax that funds Social Security, and the Medicare payroll tax that helps fund that government health care insurance program for the elderly and disabled is a shot across the bow. Trump made the move citing an obscure power under 26 US Code 7508A (Authority to postpone certain deadlines by reason of Presidentially declared disaster or terroristic or military actions), That law, passed by Congress in 1997, allows the president to defer payment of taxes like the income tax and the payroll taxes for up to a year.

Altman warns, "The president has stated publicly that, 'if re-elected' he will make the deferral of the September-December payroll taxes permanent, and will also 'do away' with FICA, the Social Security payroll tax."

Altman notes that last week, responding to a query from four US Senators, the Social Security Administration's chief actuary Stephen C. Goss, stated in a letter that terminating collection of the payroll tax would force the Treasury Department to draw on the Social Security Trust Fund, which is currently about $2.9 trillion. That may seem like a lot of money, but Goss said in his note that the benefits owed annually by the SSA to current beneficiaries who are retired, the widows of someone living on their spouse's Social Security death benefits, or disabled, total about $1.15 trillion. Thus, he says, with payroll taxes being deferred for a year, the separately funded Social Security Disability program's share of the Trust Fund would dry up entirely by the middle of next year, leaving 8.5 million disabled people (including many disabled veterans) without any income. Worse yet, if payroll taxes continued to be deferred by repeated declarations of emergency nearly 60 million elderly retirees who are receiving Social Security benefit checks would be left destitute by mid 2023"

Related Topic(s): Social Security Cuts; Social Security Privatization; Trump Expose; Trump Tax-cut Scam; Trump Threats, Add Tags
Add to My Group(s)
Go To Commenting
The views expressed herein are the sole responsibility of the author and do not necessarily reflect those of this website or its editors.