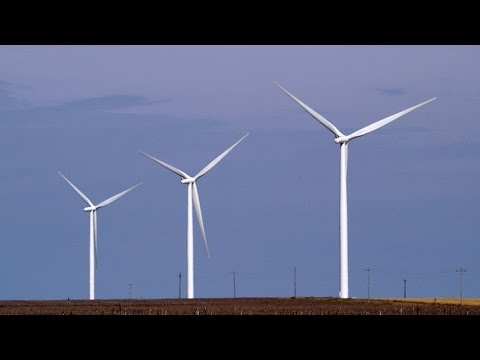 Even what you know of the Trump Administration, you may not be shocked to learn that -- hidden away behind a wall of acronyms, and obscured in the recesses of the federal rule-making process -- it is doing its best to stall the trend toward ethical investing. The Department of Labor, in June, proposed changes to the Employee Retirement Income Security Act (ERISA) that would make it hard for pension funds to steer money toward so-called E.S.G. funds -- those that put a priority on environmental, social, and governance factors, such as whether a company is switching to renewable energy or putting women on its board or treating its workers fairly.

A couple of caveats first: E.S.G. investing is no panacea. (A Blackrock E.S.G. fund, for instance, had ExxonMobil as its 20th-largest holding at one point, which is roughly akin to the Vatican setting aside a corner of the Sistine Chapel for satanic rituals.) And, at this late date, the idea that "green capitalism" is going to single-handedly save the day seems absurd. Still, people have pensions, and they're going to be invested somewhere. E.S.G. funds saw record growth in 2019, and that rise steepened as the pandemic hit. "The rebound in civil society has been impressive, with an increase in volunteering, social cohesion, community support and focus on public good vs. private freedoms," JPMorgan said in a recent note to clients. "We see the COVID-19 crisis accelerating the trend to ESG investment." Oh, and there's another reason: a Financial Times analysis in June found that, in the past decade, you made more money investing responsibly.

Who wouldn't like all this? Well, diehard libertarians clinging to the Milton Friedman theory that a corporation has no social responsibility beyond making money, and people who run unethical enterprises. This (often overlapping) set of players orbits in a loose constellation around the businessman in the Oval Office, who himself has never been accused of behaving ethically. Now Trump's Secretary of Labor, Eugene Scalia (the son of the late Supreme Court Justice), has proposed the rule changes, which would force pension funds seeking to invest ethically to jump through any number of hoops proving that there's no "pecuniary" difference with more cavalier holdings.

Happily, New York State -- which is home to, among other things, a great many funds -- has decided to fight back. Linda Lacewell, the state's superintendent of financial services, wrote Scalia last week to say, "In our view, the rise of ESG investing in recent years is a welcome development that reflects both a more sophisticated approach to investment and risk analysis and one more in line with the challenges facing investors today." As Ali Zaidi, who handles climate policy for Governor Andrew Cuomo, explained to me in an interview, the proposed rule is "essentially an effort to take information away from the market." What's really stunning, Zaidi added, is that it comes as "the economic feedback to this incredible challenge we face in the form of the COVID crisis has actually reminded us how important E.S.G. and climate-risk analysis really are. In financial regulatory parlance, we talk about stress testing. In some ways, the stress testing is happening right now, and showing that a lot of these industries sit on a house of sand, not a firm foundation." That is to say, you better hope that you weren't long on oil going into the pandemic, because you not only helped to wreck the planet -- you also lost your shirt.

As Zaidi pointed out, like all else in our public life, the result of the Administration's efforts rests on the outcome of the November elections. The Department of Labor's rule changes will probably come late enough in the Trump term that, if he's defeated, it will be relatively easy for Congress to overturn them. And Elizabeth Warren, who seems likely to wield some power on financial questions in a Biden Administration, has made it clear that she'll have no patience for this kind of irresponsibility. As she wrote in a letter to the Wall Street Journal last month, "Mr. Scalia seems to think that burying our heads in the sand and pretending that there is no risk to manage is risk management itself. If Mr. Scalia truly wanted to protect retirees, he'd remove roadblocks to ESG investing, call on his colleagues to create strong ESG standards and support my Climate Risk Disclosure Act." The bottom line, as she points out, is that "climate change threatens the stability of our economy." Indeed, as a new study published last Thursday makes clear, by 2100, as much as 20 percent of global G.D.P. could be threatened by coastal flooding, in a worst-case scenario. Add in desertification, heat waves, agricultural collapse -- pretty soon, there isn't much of an economy left to worry about.

The situation seems obvious by this point -- but clearly not, at least in the Azkaban where American policy is currently formulated. Others, however, are catching on. Mark Fawcett, the chief investment officer for the National Employment Savings Trust, the United Kingdom's largest public pension fund by number of members, announced last week that it will begin to divest its massive portfolio from fossil fuels. Why? "Just like coronavirus, climate change poses serious risks to both our savers and their investments," Fawcett said. "It has the potential to cause catastrophic damage and completely disrupt our way of life. No one wants to save throughout their life to retire into a world devastated by climate change."

According to the World Bank, fashion is responsible for 10 percent of the planet's greenhouse-gas emissions, more than all international flights and maritime shipping combined. Which is why it's good that the fashion writer Shonagh Marshall has launched Denier, a Website that features her conversations about the industry's "relation to people, the planet, and profit." (And also a pretty good pun.) The site's early content includes a particularly fine colloquy with Liz Ricketts, of the Or Foundation, about what happens to the clothes that Americans give away to charities. I interviewed Marshall, who's based in New York, last week; our conversation has been edited for length and clarity.

Fashion, broadly defined, seems to be a large part of the climate equation. Is it possible to reimagine it as an industry? If so, is that reimagining under way, or is it mostly greenwashing so far?

It is possible to reimagine it, and I think the regenerative nature at the very core of the fashion industry makes it ripe for dreaming up new systems. There are a number of fashion designers that have built their businesses with concerns for the climate crisis at the center. They act as interesting case studies in that all the decisions they make have the well-being of people and the planet as a focus, even if this means forgoing profit. But there is a lot of greenwashing, and fast fashion and luxury design houses have done little to change all elements of their business. Often, they focus on one thing, such as carbon emissions, which is fantastic -- however, as we know, this is just not enough! A brilliant resource to find out how well a fashion brand is doing across people, planet, and animals is Good on You. Fashion companies are rated from 1 (We Avoid) to 5 (Great), and it includes lengthy descriptions about why they are rated this way.

What needs to change in our relationship to clothes and the way we think about them?

The big elephants in the room are overproduction and overconsumption. Let's start with overproduction. Luxury brands such as Dior, Chanel, Gucci, and Louis Vuitton have six collections a year: spring/summer ready-to-wear and haute couture, autumn/winter ready-to-wear and haute couture, and pre-spring and cruise collections. Buyers from across the world purchase these clothes to sell in their shops, in line with these "seasons." Until the 1970's, fashion was a niche industry, but over the past 50 years it has become global, driving huge profits and a mainstream message that everyone could be "in fashion." This has given rise to the fast-fashion industry, where it is common for retailers such as H&M and Zara to respond to trends set by the luxury brands within two weeks.

So whose fault is it?

Blame often falls on the consumer: for example, the sustainable-fashion movement ran a campaign urging individuals to vote with their dollar to save the planet. Although this can be soothing to the individual to make positive choices, what needs to happen is legislation and policy to regulate overproduction. I am also interested in the semiotics within the fashion industry, both written and visual, to help change attitudes. Maybe we stop talking about fashion, and instead privilege style -- that is where I think it could become interesting creatively.

Bill McKibben is the author of a dozen books, including The End of Nature and Deep Economy: The Wealth of Communities and the Durable Future. A former staff writer for The New Yorker, he writes regularly for Harper's, The Atlantic Monthly, and The (more...)
Related Topic(s): Climate; Energy; Fracking; International; Oil; Pollution; Trump Against Climate Change, Add Tags
Add to My Group(s)
Go To Commenting
The views expressed herein are the sole responsibility of the author and do not necessarily reflect those of this website or its editors.