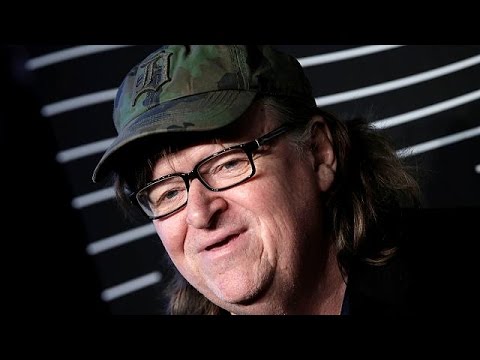 Michael Moore to Donald Trump -- You Lied! Get OUT!
(Image by YouTube, Channel: euronews (in English))   Details   DMCA

You're not stupid. You're not incompetent. You've always known EXACTLY what you were doing. Which makes you a psychopath. Which makes what you've done a criminal act. You had the power to save a hundred thousand lives. But it was more fun to see how many you could just let die. You held the power of life and death in your hands and it made you God-like and it felt good.

You were once that troubled boy who liked to see what happened to the fly as you plucked its wings off, one by one. The power felt exhilarating. Power! It's always been such a rush, hasn't it? Forcing women to have sex with you. Humiliating your sons in front of others. Telling the public on TV what a great f*ck your daughter would be. Denigrating and making fun of the disabled. Getting 63 million Americans to vote for you -- not because they support your policies (you have none), but because you were going to be the last old white man to sit in the Oval Office and you were promising to wreak as much havoc on Black America as you could. You promised the rich a two-trillion dollar tax break and they got it. You put hundreds of new wacko right-wing judges on the federal bench. You've decimated the EPA. You're now trying to rig the vote by gutting the post office.

And for some unexplainable reason, you woke up this morning and you're still in our House! What the f*ck are you doing there?! Get the hell out! NOW! If the Dems had any real guts, they'd impeach your ass by the weekend. If the Republicans in the Senate had any integrity, they'd escort you to the Florida state line. They all need to go. We the people continue the uprising and all Trump enablers are on the block.

Trump -- Save us all the trouble. Leave today. Do NOT stay there tonight. The 200,000 dead all have family and friends. QUICK. LEAVE. Throw Pence in the back with the Andrew Jackson portrait and haul ass out of town.

Related Topic(s): Trump Against Democracy; Trump Tyrant, Add Tags
Add to My Group(s)
Go To Commenting
The views expressed herein are the sole responsibility of the author and do not necessarily reflect those of this website or its editors.