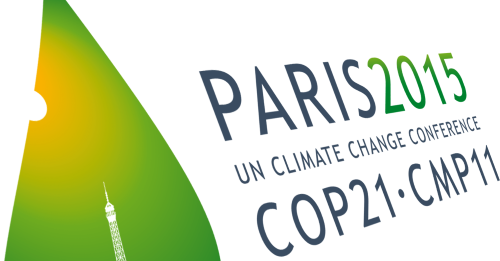 In June of 2015, Donald Trump stood in the White House Rose Garden and announced the United States' withdrawal from the Paris Climate Accords.

So much has transpired the past two years, it's easy to forget.

Yet on Monday, Secretary of State Mike Pompeo announced Trump sent his withdrawal letter to the United Nations, initiating the withdrawal process set to be completed next November 4--one day after the presidential election.

"Today we begin the formal process of withdrawing from the Paris Agreement. The U.S. is proud of our record as a world leader in reducing all emissions, fostering resilience, growing our economy, and ensuring energy for our citizens. Ours is a realistic and pragmatic model."

This means the United States of America--the second biggest global greenhouse gas producer--is now officially the only country unincluded in the historic and urgent deal agreed to at the 2015 UN climate change conference intended to establish a global coalition to prevent the atmosphere from warming more than 1.5 degrees Celsius-2.7 degrees Fahrenheit-over pre-industrial levels.

The United States had agreed to cut its heat-trapping pollution at least 26% below 2005 levels by 2025.

Alden Meyer, director of strategy and policy at the Union of Concerned Scientists (UCS), a leading expert on the United Nations' international climate negotiations process, warned:

"President Trump's decision to walk away from the Paris agreement is irresponsible and shortsighted. All too many people are already experiencing the costly and harmful impacts of climate change in the form of rising seas, more intense hurricanes and wildfires, and record-breaking temperatures."

"The total retreat by President Trump and his administration in the global fight against climate change is the definition of betrayal. The U.S. and the world are rapidly running out of time to stave off the worst impacts of climate disruption, while the president is actively working to speed up our collision with the biggest existential threat facing every American."

"Trump can run from the Paris agreement, but he can't hide from the climate crisis. Most Americans know we need urgent action, and they realize this administration's pro-polluter policies have devastating consequences. The silver lining is, Trump's Paris withdrawal will give the global community a break from his bullying support for fossil fuels. But the next president will need to rejoin the accord immediately and commit to the rapid, wholescale clean-energy transformation the climate emergency demands. America is the number-one historical contributor to the climate emergency wreaking havoc in burning California, the flooded Southeast, and the rest of the world. The next president must repay this extraordinary climate debt by rapidly moving America to 100 percent clean energy and financing the decarbonization of the Global South."

If Trump loses next year, his Democratic successor will have to submit a letter of intent to rejoin the accord and wait a required 30 days. The earliest we could then be reintegrated would be Feb. 21, 2021.