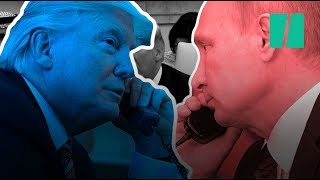 President Trump (belatedly) congratulated Russian President Putin on his smashing reelection and said, again, that he favored getting along with Russia. Yet, how can Trump mean it when he follows up by appointing John Bolton, America's most notorious warmonger, National Security Adviser? It makes no sense.

Bolton is the third national security adviser in 14 months. To Bolton, getting along with Russia requires Russia to be a US puppet state such as the UK, France, Germany, Canada, Australia, Japan, and all the rest. In other words, accept Washington's hegemony or we will bomb you into the stone age.

Russia, desperate for a sign of hope, risks self-delusion by seizing on Trump's gesture and ignoring Bolton's appointment. No US president who wanted to get along with Russia would have appointed Bolton to be his National Security Adviser.

The constant drum beat of false allegations against Russia and the demonization of Putin, which has reached down into the British school system where children are being taught that "'Toxic' Putin is on mission to poison the West," indicate that conflict with Russia was on the agenda prior to Bolton's appointment.

Now that Putin has announced Russia's new weapon systems, an array that clearly puts the US in an inferior position, hegemonic voices are rising that the US must strike Russia before the new superweapons are all deployed.

Russia would do well to avoid being put off guard by her unrealistic hope for peace and friendly words from Trump's mouth.

Related Topic(s): Conflict; Donald Trump; People John Bolton; Vladimir Putin, Add Tags
Add to My Group(s)
Go To Commenting
The views expressed herein are the sole responsibility of the author and do not necessarily reflect those of this website or its editors.