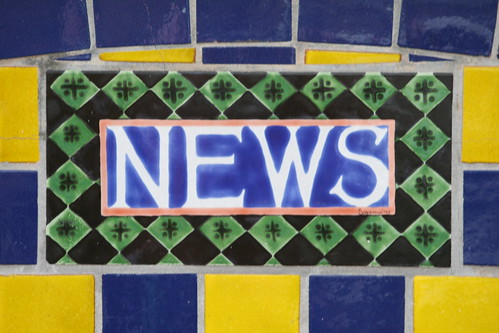 Donald Trump is absolutely correct when he says the main stream news media lies, purveys fake news, and is the enemy of the American people. The organizations he banned from the White House informal "gaggle" -- The New York Times, L.A. Times, CNN, etc., are all guilty as charged. But the organizations not banned by Trump, CBS, NBC, Fox, ABC, One America News Network, The Wall Street Journal, McClatchy, Breitbart and Washington Times are equally guilty.

The problem with Trump's denunciations of the lies and fake news spread by the corporate media is not that they are false, but that he has given the wrong reasons.

His accusations are based on their criticisms of him and his policies. All they would have to do is give him some flattering coverage and all would be well.

There is a more honest politician who also shows that the corporate media are liars, purveyors of fake news, and the enemy of the American people, although he does not use the intemperate (though accurate) language of Trump. That politician is Senator Bernie Sanders and his charges are detailed in his recent book Our Revolution.

He opens his chapter on the Media ("Corporate Media and the Threat to Our Democracy" with a quote from A.J. Liebling (1904-1963: a famous journalist at The New Yorker from 1935 to 1963): "Freedom of the press is guaranteed only to those who own one."

The basic point of this chapter is this. Almost all the "news" and information the American people read, hear or see comes from the corporate media which is run in the interest of profit making and not with any overly solicitous concern with the truth or in being objective. The news is filtered to support the interests of the rich and powerful and the interests of the vast majority of the American are ignored and the issues that concern them are either not reported or under reported, or falsely reported. The media also shapes the way people think, and the values they believe they have arrived at on their own are actually implanted in them from a life time of media propaganda from the corporate Establishment [reinforced by the education system and religion].

In other words the corporate media lies to us to get us to accept the world outlook of the 1%, publishes fake news to make itself and its system look good (especially it's class controlled political system and elections) and since the corporate media manipulates the "news" to further its own interests, the interests of Wall Street and corporate America at the expense of the American people who are kept in ignorance of what is really going on, they are, indeed, the enemy of the American people.

All this can be summed up by another quote from A.J. Liebling -- one not used by Sanders but one I am sure he would also like: "People everywhere confuse what they read in newspapers with news."

I will now append some quotes from Sanders' chapter to substantiate my summation of his views above and then draw some conclusions concerning the veracity of Trump's statements with respect to the media. The numbered sentences are all direct quotes.

1. Media shapes our political consciousness, and informs us as to the scope of what is "realistic" and "possible."

2. In other words, it is time for the American people to understand that corporate media in America is not some kind of "objective" entity that sees its function as providing, as best it can, "truth" to its viewers, listeners, and readers"

3. Today as a result of massive mergers and takeovers, six corporations control 90 percent of what we see, hear, or read. [Comcast, News Corp, Disney, Viacom, Time Warner, CBS: And they tell you what they want you to know and believe: the "truth" is what they say it is.]

4. The current media situation in America, where a handful of giant corporations controls the flow of information, is a very serious threat to our democracy.

To be clear: those who threaten the democracy of the American people are the enemies of the American people. These 6 corporations, the Sinful 6, are the ones flooding us with fake news, alternate facts, and propaganda designed to further their profits and the interests of the 1%. They want us to believe the threats to our democracy come from the Russians and Putin, the Chinese, the Iranians, the North Koreans, immigrants, anti-capitalists, radical Islam, Palestinian and other terrorists, and all the time it's the Sinful 6 themselves who are the greatest threat because they distort and warp all the information about these other groups, but our domestic problems as well, so that 90 percent of us don't understand what they are really like and whether they are real or imaginary problems and threats. The Sinful 6 are responsible for Trump being the president, for Clinton not Bernie being the Democratic candidate, for Bush's wars in the Middle East, and for the abysmal ignorance of the American people about the world outside of the U.S. and of the history of their own country.

Related Topic(s): Bernie Sanders; Corporations; Democracy; Fake Media; Media; Newspapers; Press-tv; Propaganda; Trump Presidency; Viacom, Add Tags
Add to My Group(s)
Go To Commenting
The views expressed herein are the sole responsibility of the author and do not necessarily reflect those of this website or its editors.