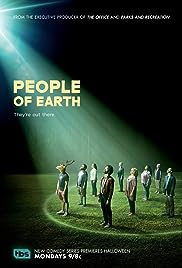 The widespread rage against the Trump regime, if it continues indefinitely, has the potential to disrupt the normal functions of the federal government and our daily lives. Improvised emergency measures unspecified in the constitution are needed, such as when the Supreme Court chose George W. Bush as president in 2000, With all the evidence put forth, perhaps we should have a new election.

What this crisis demonstrates is that the constitution fails to protect us from invasive conspiracies. The America of today does not conform to the ideals set down in our founding documents of promoting the general welfare, establishing justice, securing liberty and domestic tranquility for our people. These guiding principles for a nation supposedly dedicated to benefit all its citizens have been surreptitiously replaced by commercially-prioritized motives under the guidance of self-interest parties controlling the government - what amounts to virtual fascism by a master class of oligarchs.

Under these premises, America will never be "great again". If you know your history well, it never was great, but at times it did aspire to being great. Viewed from a large perspective, we seem to be locked into a pattern of re-living the past, making the same mistakes over and over again. There is talk now of a new cold war. With the problems in the Arab countries, perhaps we are back in the times of the Crusades. Certainly, much of the world of work has aspects of slavery, here and abroad. Globalization - which could be a good thing - resembles imperial colonization of past centuries. The renewed threat of nuclear warfare is sheer insanity, reminiscent of Hiroshima or Sodom and Gomorrah.

Despite the distractions of overflowing material abundance evidenced all about us in shiny skyscrapers, stylish cars, electronics, fashion fads, etc., etc., the human condition has not progressed accordingly, here and abroad. To achieve "greatness", we should think in terms of progress and perpetuation of civilization: creating peace and harmony in the world, living efficiently and in harmony with nature, uplifting the quality of life for everyone, and replacing ancient dogmas by expanding knowledge throughout the world. This life on Earth, of which we have the knowledge to make into a heaven, is still under control of Mafia mentality and remains a hell for much of humanity, even threatening our existence.

From an even larger perspective: In the evolution of the universe over many billions of years, there is a progression from the "big bang" of fundamental particles, to atoms, to elements, to compounds, to stars and galaxies, to solar systems with planets, to geological and atmospheric transformations, to cellular life forms, to plant life, insects, reptiles, and mammals, to evolution of humans with their expanding mental capacities, to societies and cultures of arts, sciences and technologies, to knowledge of the world and beyond, all of which constitutes human civilization.

We could argue that evolving human civilization - the product of maturing human consciousness and knowledge - is the highest order of phenomena in the universe; and one could propose that the preservation and perfection of civilization - however that may be defined - is the ultimate purpose of human existence and of the cosmos itself - if, indeed, there is a purpose.

With all this in mind, we can see that leaders of nations, including Trump and his troupe (and his toupee), who would delude their people, build up armies, bomb cities, massacre people, and devastate the Earth, represent human retrogression and are obstacles in the path of civilization.

Related Topic(s): Civilization; Crisis; Government; Insanity; Mafia; Peace; People; Purpose, Add Tags
Add to My Group(s)
Go To Commenting
The views expressed herein are the sole responsibility of the author and do not necessarily reflect those of this website or its editors.