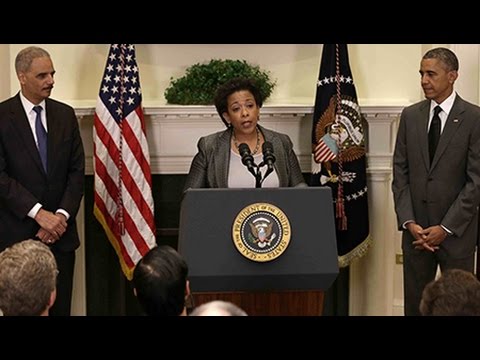 CNN's Pamela Brown, reported, as seen in the video below, "So, what the FBI wanted to do, earlier this year, is open up a case and investigate whether there was a conflict of interest at the time that donor was making contributions to the Clinton Foundation, during [Hillary] Clinton's tenure at the State Department."

Brown reports that three DOJ field offices believed an investigation should be launched.

Apparently, in that same meeting, the top DOJ people, I think it's reasonable to assume, some who were appointed by Obama, decided that while protecting Clinton by quashing the investigation, it was okay to throw Virgina governor Terry McAuliffe under the bus, allowing investigations into his connections and donations to the Clinton Foundation to proceed.

Bottom line, against the judgement of three FBI field offices, people at the top of the DOJ hierarchy, presumably with ties directly to the White House, killed the investigation.

If you think the system will work, if you believe that the answer to the problem of the corporate two party system will be solved by voting alone, you are intoxicated by the kool aid. The fish rots from the head down, and in the case of government, it is corrupted. This is why the investigation you thought would come out never did. So, if you think, by writing in Bernie's name or voting for Jill Stein or Gary Johnson is enough, you are deluding yourself. Get involved in other actions aiming at changing things outside of the electoral pathway. That's the only way things will be really changed.

Related Topic(s): Dept Of Justice DoJ Crimes; Espionage- Spygate- FBI- NSC; Federal Agency FBI; McAuliffe-Terry, Add Tags
Add to My Group(s)
Go To Commenting
The views expressed herein are the sole responsibility of the author and do not necessarily reflect those of this website or its editors.