The biggest danger Trump poses to America is normalizing corruption for future administrations. 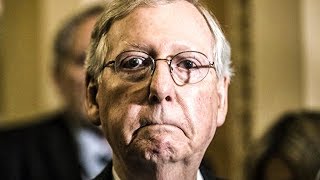 To save our republic, some of Trump's enablers and political appointees may have to go to jail, just like happened with Nixon's people.

Trump's policies are inflicting massive damage on the working class, the environment, minorities, and our economy. And the damage he's doing to our body politic will certainly alter our form of government if there aren't legal consequences.

Trump and his cronies have shown present and future politicians how much corruption the Republican Party and the public will tolerate, and it's a very bad sign for the future of the American experiment.

Trump has put the interests of foreign governments with whom he and his family have or hope to have business relationships above the interests of America; flagrantly violated the Constitution's emoluments clause; welcomed foreign interference in our elections; lied to the American public and the world on a daily basis; committed campaign finance violations that landed his lawyer in prison; repeatedly broke obstruction of justice laws; and put children in cages, causing lifelong PTSD.

And that's just since he's been in office: his crimes from housing discrimination to sexual assault and rape to felony tax evasion to running a fraudulent university to real estate tax fraud are all, as of this moment, largely or entirely lacking any serious law enforcement oversight.

America has never before seen such breathtaking corruption in the Oval Office.

Numerous countries have grappled with this issue in the past; the most famous are Germany after World War II and South Africa after the fall of apartheid.

It was this cycle of corruption that both the Nurnberg Tribunal and the South African Truth and Reconciliation Commission sought to interrupt. Today the Colombian government is running a War Crimes Tribunal specifically to warn future politicians and their functionaries from repeating the crimes committed during that nation's previous administration.

In America, congressional investigations into the Teapot Dome Scandal nearly brought down the Harding administration (it was widely believed that President Harding died as a result of the stress), and Congress launched an impeachment proceeding against President Bill Clinton for lying about consensual sex with Monica Lewinsky, as then-Congressman Bob Barr of Georgia said on the floor of the House, "in order to establish a precedent that will prevent future Presidents from engaging in similar conduct."

By holding current-day accomplices accountable all up and down the chain of command, future enablers of corrupt or despotic leaders think twice before saying "Yes" to requests to bend or break the rules.

At its core, this is the essence of the rule of law.

Related Topic(s): Appointees; Corruption; Democracy; Republican Downfall; Republican Scandals; Republican Threats; Republican Voter Suppression; Trump Against Democracy; Trump Apologists; Trump Presidency, Add Tags
Add to My Group(s)
Go To Commenting
The views expressed herein are the sole responsibility of the author and do not necessarily reflect those of this website or its editors.