Why are Millennials, Gen Yers and Gen Xers a little riled up? Why are we reluctant to vote for Hillary Clinton or Donald Trump? Why are we Bernie or bust? Because nothing we were ever told or promised, from either side of politics, ever came true. Not trickledown economics, not NAFTA, CAFTA. Not the American Dream. Not for us. The activists became Yuppies. They drifted through the Me 80s, stuffing their pockets with balloon money and their noses with coke. The real leaders were all killed or long gone. Or had just plain given up in the face of it all. By 2000 the American Empire had finally killed the United States of America. As the Neo-Con coup that started under Nixon, and grew with Reagan (and Clinton, via scandal) had become complete under G.W. Then they started their perpetual war and destroyed the economy. Oh, and took all our civil rights and future in the process. 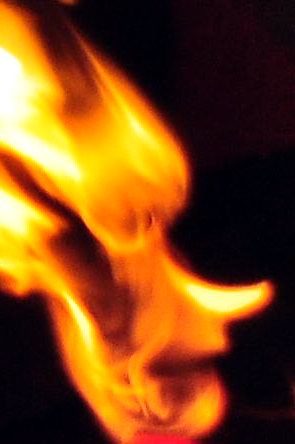 I've known since 6th grade that my life wouldn't be as good or easy as my parents' and grandparents'. Maybe because we still taught history and science in school and as a Gen Xer I got the tail end of our once great educational system. Perhaps I just had some good teachers, family and friends.

I learned about global warming, in 1983, when I was in grade school. We as an entire country cared about pollution back then, not incidentally because occasionally rivers in the United States would start on fire. So largely both were settled science and the serious consequences of both were taught in school. We were told how devastating they would be left unchecked. We even talked about it on the evening news. I have lived nearly every day of my life knowing we've put our civilization at risk. And that the Earth might be better off without us. Because instead of a symbiotic relationship, humans choose to live more like a cancer on the planet. All to profit a few thousand wealthy individuals, the rest of us be damned.

Then one day in the early 90s, Exxon Mobil went hard to work denying the overwhelming science of global warming. Sowing stories of doubt together with threads of greed and fear. I watched as we were given permission not to care anymore. And, oh how quickly as a society, we accepted. My parents, my mentors, even my heroes on TV, suddenly absolved themselves of my future, my hopes and dreams. So they didn't have to accept responsibility for our horrors, the horrors they had created for us. I knew I didn't matter to anyone "in charge" anymore by the time I was 13. Profits before people.

Stunned, I watched the industrial glaciers grow and creep. Horrified, I watched the meteor that is anthropogenic climate change impact my Earth. Crashing against our shores. Drowning our cities. Hurricane after hurricane. Superstorm after Superstorm. Class 5 tornadoes erasing whole towns. Historic droughts and floods in the same year, sometimes just miles apart. Wildfires burning out of control, all year long now. You know, 100 or 1,000 year events that happen every week. Just "normal" record breaking weather, happening all the damned time.

Every life support system on the planet is in decline. Our air, our water, and the very earth that is supposed to nurture us. We have triggered an extinction event more violent than the one that wiped out dinosaurs. It is a new epoch, the Anthropocene. Time of the Humans. And it is not at all clear if we can survive our own creation.

This is the only planet we get folks. With our most powerful telescopes and all the computers in the world, we can't find another one that's even close to being able to support life. Let alone a planet that Mothers and nurtures us the way our Earth does. And if, by some far off chance we did discover another habitable planet. The distance of space, the limits of time, means we can't get there!!! Even if we had a ship with light speed, which we don't. This is the only planet we have. And the one real shot at immortality we get is the next generation of EVERYTHING right here on our beautiful little blue green Earth.

We aren't coming with second amendment answers. We are coming with the whole Constitution. We are coming with history and herstory. We are coming with science and literature and a full understanding of how economics and politics really work in America today. And we are voting for Bernie, or Jill not because they are perfect, but simply put, they will try their best to do right. And not incidentally, Bernie Doesn't Lie, and Jill seems like a straight shooter.

Bernie hasn't lied in 35 years of public service. He won't start now. If he could lie he sure as hell wouldn't run as a Democratic Socialist, not in these crazy times. I see he and his team are moving on a two pronged strategy. Occupy the Democratic Party and build a viable Green Party. We have the numbers and the brains to do both. It's a strategy used by the Republicans/Tea Party to push the country in the wrong way. Used as a defense of flagging numbers. They don't make enough angry white guys anymore. I blame wrangler jeans worn to tight, and yuuuuge belt buckles. But I digress. We need to use that strategy as an offensive tactic. Done right we can make the corporate Dems and Republicans irrelevant.

It may not seem like it, but we have won. In less than a year we did the impossible. We ran without big moneyed donors. If it wasn't for Citizens United, Sec. Clinton would have been out of money and out of the race, a long time ago. Even with a rigged system. We changed the conversation. We pushed the Donald to disavow Super PACs, and say the wealthy had too much control.

I live in rural Northeastern Oregon with my wife and two sons.
Related Topic(s): Bernie Or Bust; Bernie Sanders; Bernie Sanders 2016 Presidential Candidate; Clinton Campaign; Donald Trump; Hillary Clinton; Vote Theft, Add Tags
Add to My Group(s)
Go To Commenting
The views expressed herein are the sole responsibility of the author and do not necessarily reflect those of this website or its editors.

Do the Clintons Have Stockholm Syndrome?