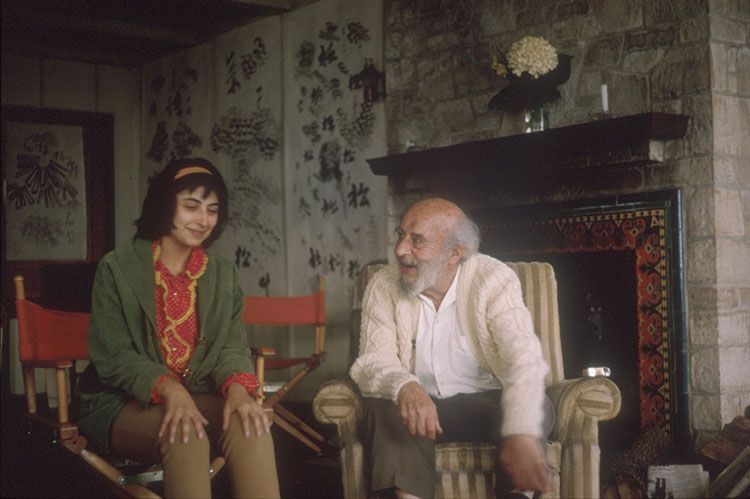 The therapist says to the client, "tell me about your dreams" and the client shakes their head slowly and says "I had this dream..." A therapist says to a teenager, "who are you?" The teenager answers, "I don't know". The therapist says to the teenager, "that's normal at your age." A client tells their therapist, " I am very angry at my father." The therapist says, "let's do a role play. You be your father and I'll be you. I'll show you how to do it." A client says they are sick of their job but they stay because the money and benefits are good. They want to get into another field. The cognitive therapist says, "let's brainstorm the different fields you want to get into. We can look at the Occupational Handbook for the skills and pay scale for the different kinds of jobs. Then we can set some goals and seasonal objectives so we make sure you follow through with your goals." The client feels overwhelmed but agrees. A mother expresses great sadness when her thirty-three-year-old son is getting ready to move out. The therapist says to the client, "it's long overdue for your son to leave." After the patient leaves the therapist adds "dependent personality" to her diagnosis.

What are collectivist and individualist selves?

For collectivists, society is like an organism and extension of nature. Different castes within that society are pictured as being like the organs of a body. Individuals are like different cells in the body. For individualists, society is autonomous from nature and is governed by its own laws. Social institutions are built up by individuals via a social contract. Individuals are independent of society and social relations appear to them as being voluntary, contractual and accidental. Lastly, collectivists value stability. What is old is revered and what is new is looked upon with suspicion. For individualists it is the reverse. There are many other interesting differences, please see Table A in our article on our site for the full list. The question we will seek to address is how well will Western theories of personality work with collectivists?

There are six western theories of personality: Psychoanalysis; Behaviorism; Humanistic; Biological Physiological; Biological Evolutionary and Cognitive. Each of these theories can be broken down into sub-schools which have various kinds of quarrels and emphasis, but for our purpose the six original theories are plenty.

The basic unit of analysis for psychoanalysis is dreams, fantasies and drives. For behaviorism the basic unit is habits - what people do, over and over again. For humanistic psychology the most important focus is curiosity and peak experiences. For the biological-physiological school, what matters most are hormones, genes and brain chemistry. For the biological evolutionary school what drives individuals is survival and reproduction. For the cognitive school the main focus are the qualities of reasoning.

Structure of the psyche

The structure of the psyche for psychoanalysis is the id, ego, superego and the unconscious, the conscious and the preconscious. For behaviorism, the structure surrounding the habit it is what happens just before the habit (associations, Pavlov) and what happens after (consequences, Skinner). Maslow's hierarchy of needs focuses on where to place the individual for humanistic psychology. For the biological physiological theory, one major topic is temperament theory. For biological evolutionary school adaptation and sexual-selection strategies is where the action is at. For the cognitive school automatic thoughts, cognitive interpretations, explanatory styles and assumptions is the focus.