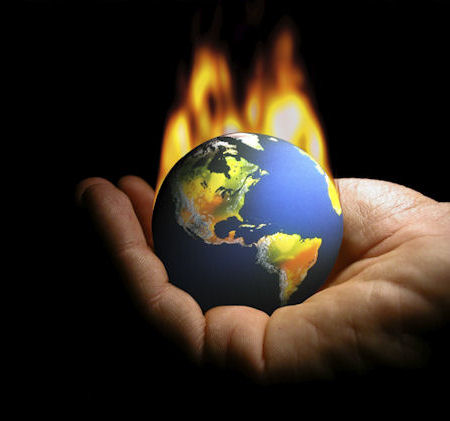 Is that dire enough?

It's a warning 11,000 scientists from 153 countries pose humanity faces unless it effects major societal transformations.

That warning published in the journal BioScience goes on to explain:

"We declare clearly and unequivocally that planet Earth is facing a climate emergency. The climate crisis has arrived and is accelerating faster than most scientists expected. It is more severe than anticipated, threatening natural ecosystems and the fate of humanity."

Lead author, Oregon State University professor William Ripple, said the cycle of recent extreme weather motivated him to initiate the study aiming to establish a full range of climate breakdown cause and effects "vital signs," not merely due to carbon emissions and surface temperature rise.

"The climate crisis is closely linked to excessive consumption of the wealthy lifestyle. Despite 40 years of global climate negotiations, with few exceptions, we have largely failed to address this predicament. Especially worrisome are potential irreversible climate tipping points. These climate chain reactions could cause significant disruptions to ecosystems, society, and economies, potentially making large areas of Earth uninhabitable. We urge widespread use of the vital signs [to] allow policymakers and the public to understand the magnitude of the crisis, realign priorities and track progress."

Study co-author, the University of Sydney's Thomas Newsome, adds the most chilling warning:

"You don't need to be a rocket scientist to look at the graphs and know things are going wrong. But it is not too late."

Scientists aver this "transformative change, with social and economic justice for all promises far greater human well-being than does business as usual."

This comes at a time the deforestation of the Amazon rainforest has reached its highest level in a decade.

Related Topic(s): Climate Change; Climate Change Costs; Consumption; Ecosystems; Energy; Energy; IPCC; Science, Add Tags
Add to My Group(s)
Go To Commenting
The views expressed herein are the sole responsibility of the author and do not necessarily reflect those of this website or its editors.