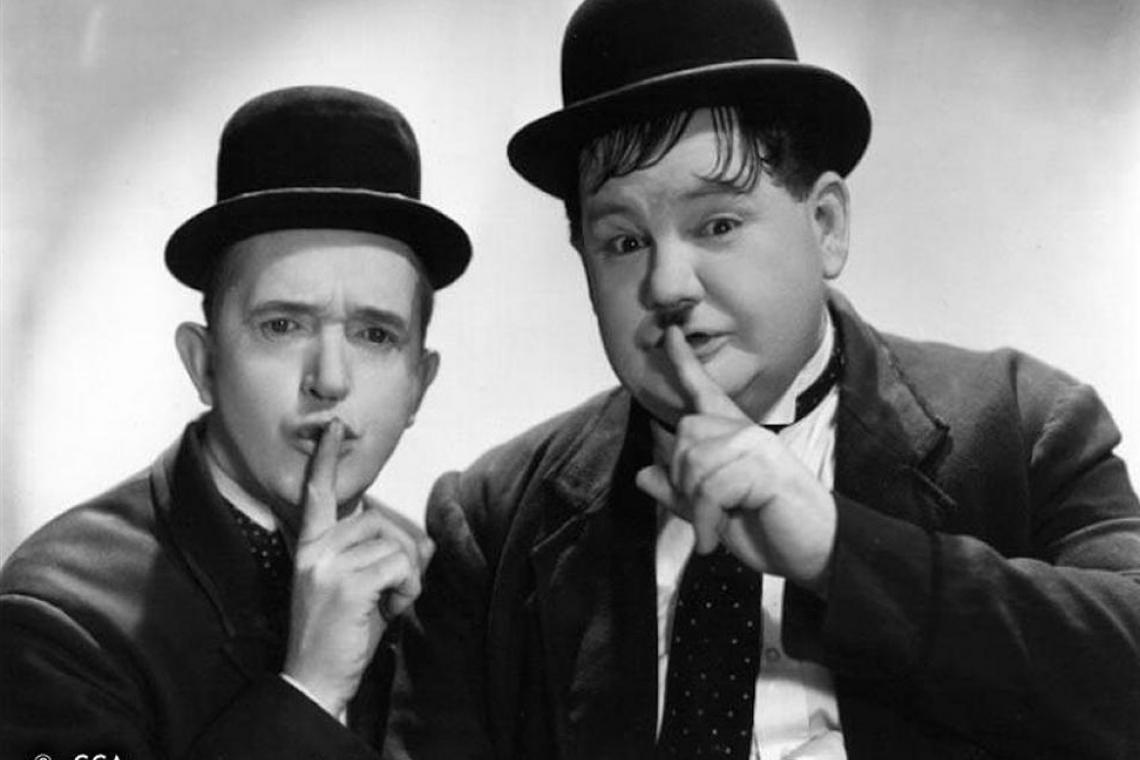 In the annals of comedy, it is a truism to say you can't have Laurel without Hardy. They are funny only because they think they are smart. Time after time hoisted on their own petards, here's another fine mess you've gotten us into! But that is only celluloid vibrato the saw blade didn't really hit him in the head. These two were harmless really, prognosticators of the future in over two hundred films I don't think they ever portrayed a President or an Attorney General.

But the current incarnation the Cheeto bandito and Bill "Stealing for Jesus" Barr are funny only in a cannibals eating a clown sort of way. "Does this taste funny to you?" John Gotti's stand up routine, Al Capone in floppy shoes you know the lighter side of the Third Reich. Barr once said his highest obligation was to his savior. One might assume that he meant Jesus but logically he means the Cheeto. The Cheeto rescued him from obscurity and moved him to a place of infamy. Religious affiliation is all well and good but at forty thousand feet your first obligation is to fly the plane. Jesus will understand.

Barr is the new and improved Christo Fascist. Crime is okay if you're doing it for Jesus. There is no crime if you're doing it for Jesus. "Be with us oh Lord as we rob this bank. And protect us oh lord from the security guards' bullets in his name we give thanks." He's similar to George Harrison; Barr is the quiet Nazi. He learned in lawyer school that you can say anything if you can say it with a straight face. Under Barr's interpretation of the Mueller Report it was all just a big misunderstanding. Under the legal color of "I'm rubber you're glue what bounces off me sticks to you." Laying the foundation for no, no, no, you got it all wrong it was the Democrats and Hillary Clinton who conspired with the Russians.

When Michael Flynn was first questioned by the FBI he lied about his activities and his contact with the Russian government. Flynn while employed as the orange one's campaign chairman while also employed as a lobbyist for the government of Turkey. It's the difference between being a pharmaceutical representative and being a drug smuggler. If you're crossing the border under the cover of darkness at midnight, you're up to no good. The US government has a form for American's working as Foreign agents. You fill it out and all is good and they only reason you don't fill it out is because you don't want anyone to know what you're up to because they might want to look in your backpack.

So, Stan and Ollie want to get their good buddy Mike Flynn a free pass for the crimes he has already admitted to. The Justice Department wants to drop the charges in a case where the defendant has already pleaded guilty "twice. Barr's Big Blue Book of legal absurdities say, "It wasn't fair, the FBI targeted Flynn because he was a high-profile Campaign Chairman in bed with a foreign government." The other leg of this two-legged stool was that Flynn received bad legal advice from his attorney. Therefore any conviction is suspect under the legal maximum of "He told me to say that. I didn't really want to plead guilty twice, but my attorney told me to say that.

Related Topic(s): CRIMINAL CONSPIRACY; Criminal Justice; Criminal Prosecution; Justice Department; Other, Add Tags
Add to My Group(s)
Go To Commenting
The views expressed herein are the sole responsibility of the author and do not necessarily reflect those of this website or its editors.