So while we sit on our arses and fiddle with our fingers, a brave son of Australia is about to be thrown to the wolves. 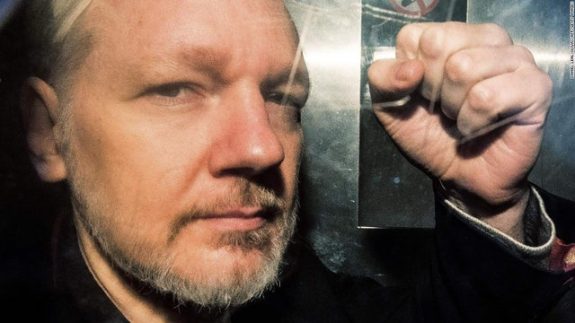 It would pay us well to read, and reflect upon, the following transcript between the President of the United States, his National Security Adviser, and his Attorney General.

The background to the transcript is that a journalist had just published an article in The New York Times. The article was the first installment of 7,000 pages of highly classified documents that exposed the decision-making process that had led the United States into an interminably long and destructive war.

Earlier, on the same day that the transcript was recorded, June 30, the U.S. Supreme Court, citing the First Amendment, ruled 6-3 that the Times had the right to publish the stolen documents.

The journalist who published the article stated that "It was just an exquisite moment of vindication for the freedom of the press in this country and how important it is."

The President, on that very same day ordered his Attorney General to discredit the source of the documents, a man who had just been indicted by a federal grand jury under the questionable strictures of the Espionage Act of 1917. Sound familiar?

The redactions in the transcript are mine.

President: Don't you agree that we have to pursue the ... (redacted) case?

President: Let's get the son of a b*tch into jail.

So even though the highest Court in America ruled that the release of the documents was both lawful, and in the public interest, the President and his administration sought to go after, jail, and demolish those who were involved in the leaking of the documents.

Related Topic(s): Daniel Ellsberg; Julian Assange Imprisonment; Truth; Wikileaks, Add Tags
Add to My Group(s)
Go To Commenting
The views expressed herein are the sole responsibility of the author and do not necessarily reflect those of this website or its editors.

The stitching-up of Julian Assange and Daniel Ellsberg.